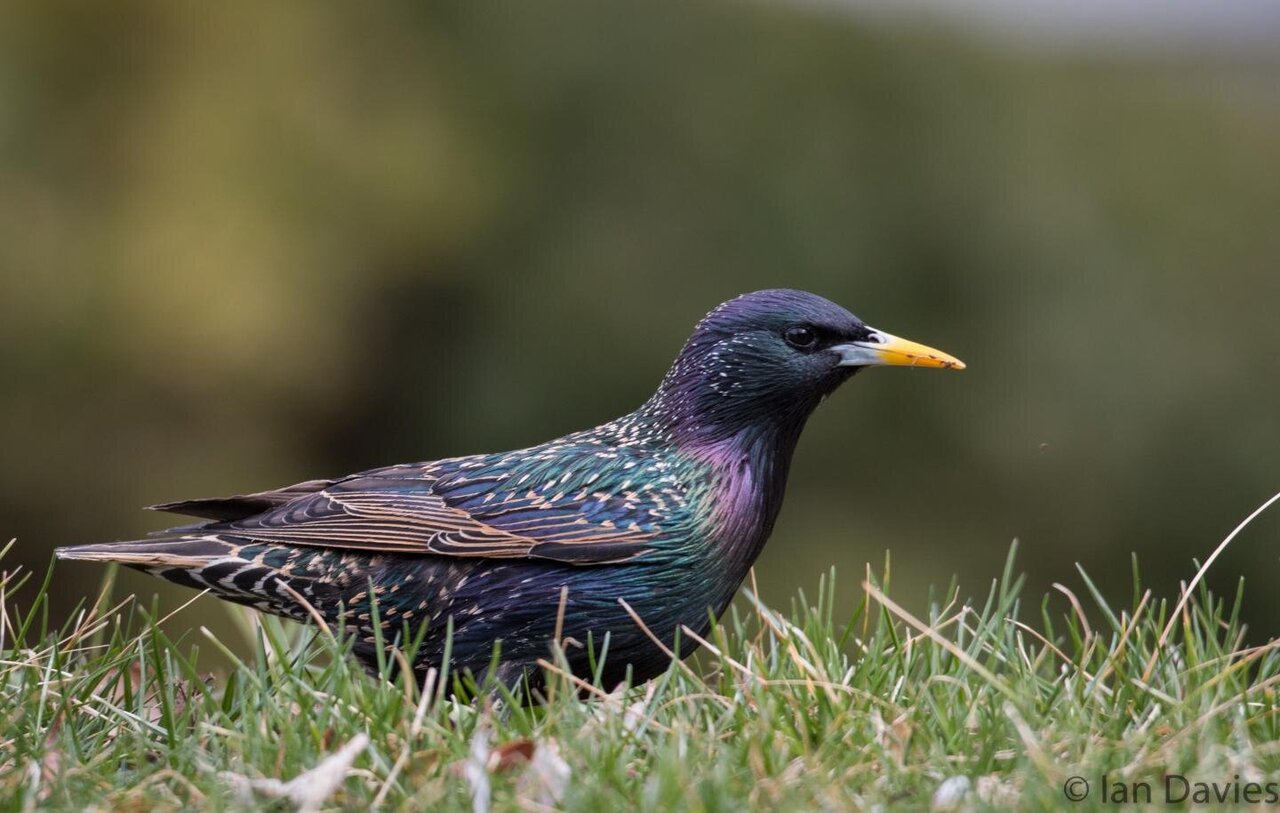 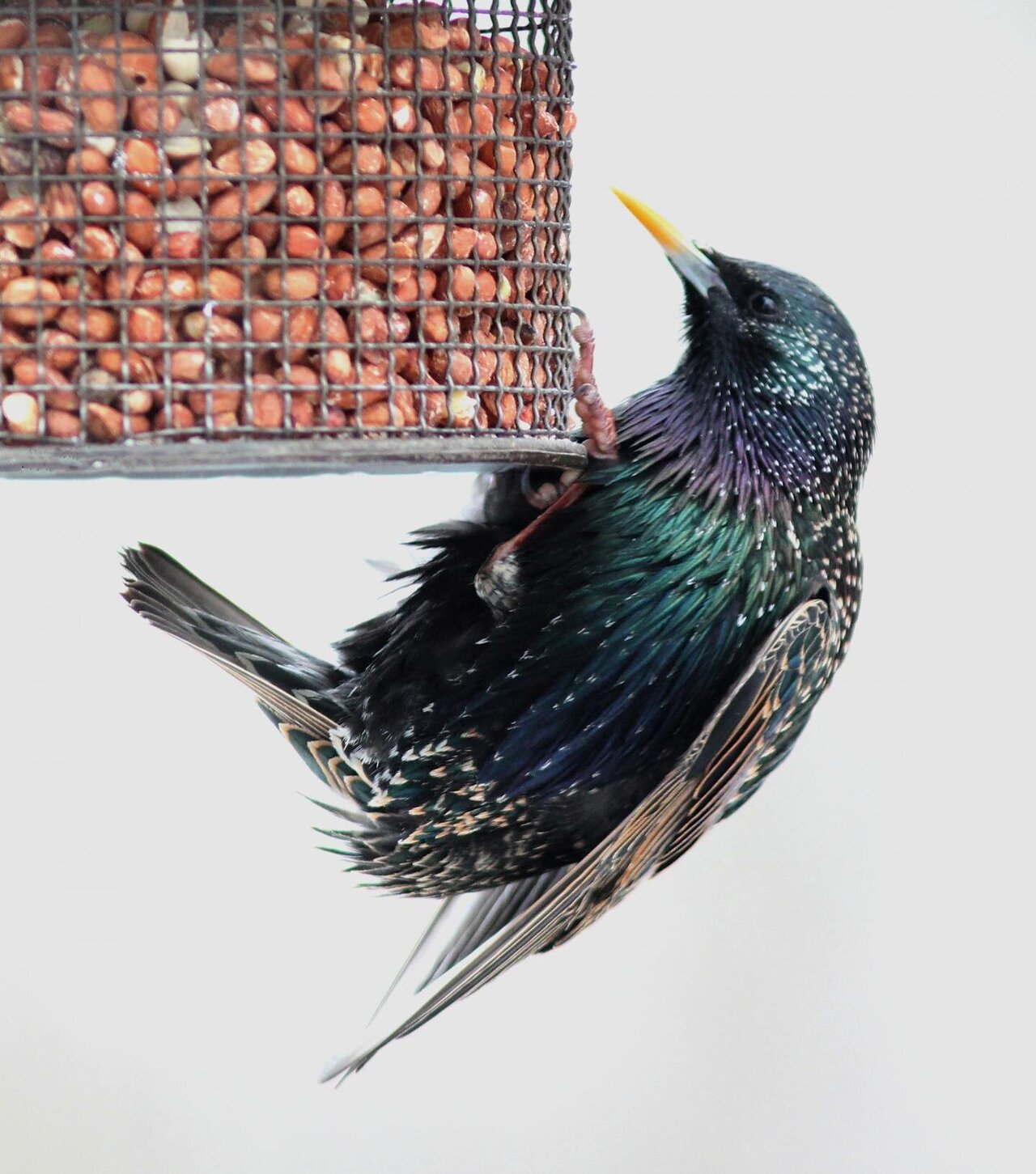 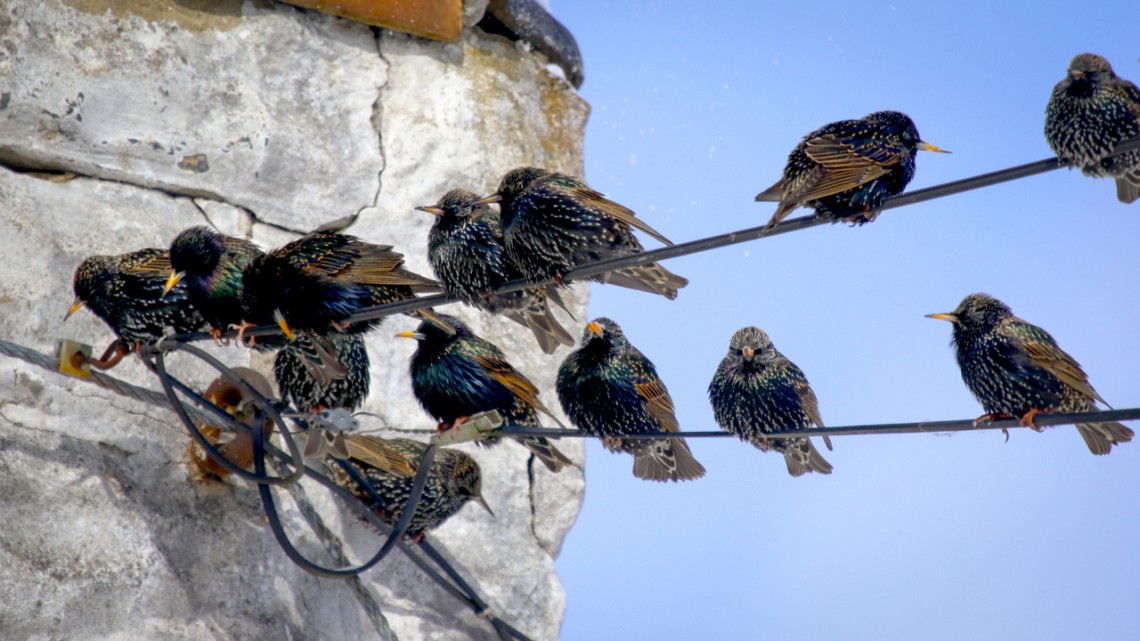 A gathering of European Starlings.

Newswise — Ithaca, NY—Love them or hate them, there’s no doubt the European Starling is a wildly successful bird. A new study from the Cornell Lab of Ornithology examines this non-native species from the inside out. What exactly happened at the genetic level as the starling population exploded from just 80 birds released in New York City's Central Park in 1890, peaking at an estimated 200 million breeding adults spread all across North America? The study appears in the journal Molecular Ecology.

"The amazing thing about the evolutionary changes among starling populations since they were introduced in North America is that the changes happened in a span of just 130 years in parallel with a huge expansion in the bird’s range and population size," says lead author Natalie Hofmeister, a doctoral candidate at the Cornell Lab. "For a long time we didn’t think that was possible—that it took millions of years for genetic mutations to change a genome."

The genetic differences found among North American starlings are very subtle. In fact, after researchers sequenced the genomes of birds from widely distributed locations around the United States, the genomes were all remarkably alike—any starling could undoubtedly mate successfully with another, no matter where they’re originally from. But the researchers did find the genetic signatures of change in areas of the genome that control how starlings adapt to variations in temperature and rainfall. Study authors concluded the birds had undergone "rapid local adaptation," adjusting to conditions not found in their native European range.

Another key factor is movement. The study points out that there’s a lot of movement among starlings. All that movement means starlings kept establishing new populations as they spread westward, and each population had to adapt to new environments. The adaptation may not have resulted from a new mutation but from an existing genetic variation in the founding population.

"A genetic variation that might not have been useful in one environment could turn out to be very beneficial in another," Hofmeister explains. "So, a variation related to temperature and rainfall that enhanced survival became more common in a new environment." The massive size of the total starling population across North America meant these gene variants could be passed along across the generations.

European Starlings in North America are unusual in another way. Species with a highly restricted gene pool—a genetic bottleneck—are more likely to become extinct because of fertility issues associated with in-breeding, a problem that endangered animals also face. The introduction of just 80 birds in Central Park (released in an attempt to introduce all the birds mentioned in Shakespeare's plays to North America) was one of many attempted introductions in other parts of the country. It’s possible the resulting gene flow among these populations prevented the species from dying out. It's an area of speculation ripe for further study.

"What I think is really cool is that the starlings in North America appear to have adapted to different conditions across the range," Hofmeister says. "So, it wasn’t just that they reproduced really quickly, and then just kept reproducing. It's that they specialized once they arrived in new areas."

Despite their success and large numbers, the European Starling is now in steep decline, like so many other species in North America. The current population is half the size it was 50 years ago—down from an estimated 166.2 million breeding birds in 1970 to 85.1 million (Rosenberg et. al. Science 2019) . The species is also declining in Europe.

Though starlings are reviled for some of their less admirable habits and their impact on native species, Hofmeister says they're fascinating birds and really quite beautiful. And they're allowing scientists to follow one of the many threads that influence avian evolution.

Caption: A gathering of European Starlings.