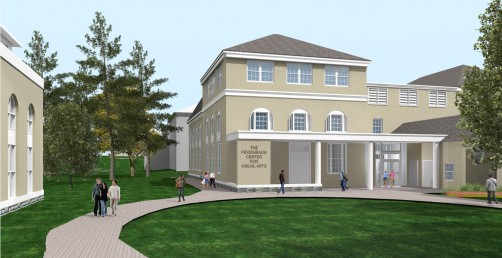 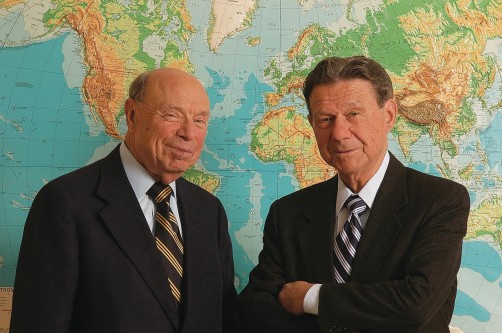 Newswise — An $11 million gift from the Feigenbaum Foundation will help support a major renovation of the Visual Arts building, provide a four-year, need-based scholarship to a Berkshire County student annually, endow a professorship and establish an annual forum on innovation and creativity, Union College officials announced today.

The foundation will provide the lead gift that will allow the College to transform the Visual Arts building, completing a vibrant arts corridor designed to inspire collaboration and interdisciplinary energy that embodies the spirit and values of the Feigenbaums.

In recognition of the gift, the building will be renamed the Feigenbaum Center for Visual Arts.

The foundation supports institutions with an emphasis on education, science, technology and management, primarily in the Berkshires area.

“This gift will enable the Department of Visual Arts to create new studio and exhibition spaces while preserving the historic building,” said David Ogawa, associate professor and chair of the Visual Arts Department. “This reflects one of the core values of the department: using art to connect the past and the future.”

Built in 1852 to house the departments of physics and chemistry, the building formed part of the original campus plan, a comprehensive design for Union’s campus by French architect Joseph Ramée that became a model for collegiate planning. It is home to art history and studio arts programs (drawing, painting, printmaking, photography, sculpture and digital art).

Highlights of the renovation include a three-story addition featuring a sculpture and design studio for metalworking alongside an outdoor sculpture space; an expansion of a public gallery to accommodate larger exhibitions; improvements to the photography area; a drawing/2D design studio; a 3D design studio; a media lab; and a suite of working artists’ studios for visual arts majors in all media to make and display their work.The project also includes extensive improvements to the heating, ventilation and air conditioning systems that will be more environmentally friendly and energy efficient. Joining the Taylor Music Center, the Yulman Theater and the recently opened Henle Dance Pavilion, the Feigenbaum Center for Visual Arts reaffirms the importance of the arts to an integrated education and will attract not only students interested in the arts, but future engineers, physicists and chemists.

Construction is scheduled to begin this summer; the building will reopen for the fall 2016 term.

The gift from the Feigenbaum Foundation also will:• Endow the Feigenbaum Professor of Behavorial Economics. This new faculty position will teach about and study the effects of psychological, social, cognitive and emotional factors on economic decisions of individuals and organizations.• Provide a four-year, need-based scholarship to a Berkshire County student annually.• Establish the Feigenbaum Forum on Innovation and Creativity. For more than a dozen years, Donald and Armand hosted the Feigenbaum Forum, a gathering at Union at which academicians discussed characteristics of a new generation of leaders and how better to integrate liberal arts and other studies. The new program would build on this event by bringing in nationally and internationally ranked speakers who have revolutionized their fields of endeavor through contributions deemed innovative and creative.

“Armand and Donald Feigenbaum were very appreciative of the difference a Union College education made in their lives,” said College President Stephen C. Ainlay. “We are grateful to the trustees of the Feigenbaum Foundation for supporting critical initiatives that ensure that Armand and Donald's legacy will be remembered and celebrated at the College they so loved. While an overworked term, this gift is truly ‘transformative’ in so many ways.”

Armand graduated from Union with a B.A. in industrial administration, and earned a M.A. and a Ph.D. from the Sloan School of Management at MIT. Donald received a B.S. in electrical engineering.

They maintained a deep connection with the school, often remarking on how their years at Union influenced them, shaped them and prepared them for the future.

Former engineers at General Electric Co., the brothers founded General Systems in 1968. Their approach to quality and profitability profoundly influenced business management strategy at some of the world’s largest corporations for more than five decades.A Business Week profile once summed up their approach this way: “Never Mind the Buzzwords. Roll Up Your Sleeves.”

They authored a number of books that were highly influential in the industry. Total Quality Control, published in 1952, has been reprinted numerous times in dozens of languages.

“Their advice is pragmatic, and it saves companies big bucks,” Business Week stated.Union’s administration building, where their portraits hang in the first-floor lobby, was dedicated in their honor in 1996.

Armand received an honorary doctor of science degree from the College in 1992 and the Alumni Gold Medal in 2012. The College celebrated Donald’s achievements with an honorary doctorate in 1996 and the Outstanding Engineering Alumnus award in 2003.In 2008, Armand received the National Medal of Technology and Innovation, the nation’s highest honor for technological achievement, from President George W. Bush in a White House ceremony.

“We are delighted to be able to bring to fruition this gift that Armand and Donald had been considering but were unable to complete,” said Emil J. George, president of the Feigenbaum Foundation.

“We are thankful for the guidance and assistance we received from President Ainlay and the wonderful senior administrative staff in crafting the uses for this gift. We are especially excited about the scholarship that will be awarded to a Berkshire County student annually. Armand and Donald, we believe, would have reacted to this Feigenbaum Scholarship with boyhood enthusiasm.” 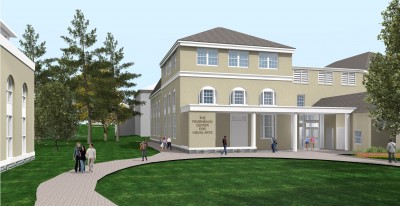 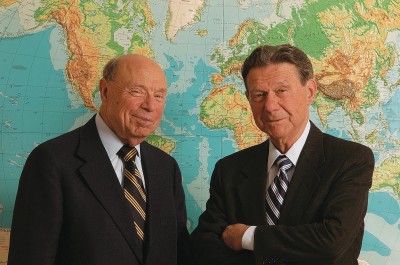