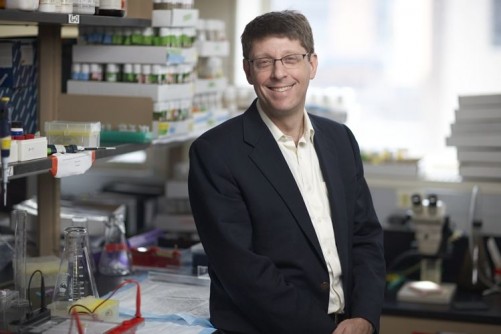 Newswise — (New York – August 30, 2016) Using advanced stem cell technology, scientists from the Icahn School of Medicine at Mount Sinai have created a model of a heart condition called hypertrophic cardiomyopathy (HCM) — an excessive thickening of the heart that is associated with a number of rare and common illnesses, some of which have a strong genetic component. The stem cell lines scientists created in the lab, which are believed to closely resemble human heart tissue, have already yielded insights into unexpected disease mechanisms, including the involvement of cells that have never before been linked to pathogenesis in a human stem-cell model of HCM. The research was published in the journal Stem Cell Reports.

The genetic disorder discussed in the new study is called cardiofaciocutaneous syndrome (CFC), which is caused by a mutation in a gene called BRAF. The condition is rare and affects fewer than 300 people worldwide, according to the National Institutes of Health. It causes abnormalities of the head, face, skin, and major muscles, including the heart.

To learn more about HCM associated with various genetic diseases, Mount Sinai scientists took skin cells from three CFC patients and turned them into highly versatile stem cells, which were then converted into cells responsible for the beating of the heart. This model has relevance for research on several related and more common genetic disorders, including Noonan syndrome, which is characterized by unusual facial features, short stature, heart defects, and skeletal malformations.

“At present, there is no curative option for HCM in patients with these related genetic conditions,” said Bruce D. Gelb, MD, Director of The Mindich Child Health and Development Institute and Professor in the Departments of Pediatrics, Genetics and Genomic Sciences at the Icahn School of Medicine at Mount Sinai. “If our findings are correct, they suggest we might be able to treat HCM by blocking specific cell signals—which is something we know how to do.”

Dr. Gelb says that about 40 percent of patients with CFC suffer from HCM (two of the three study participants had HCM). This suggests a pathogenic connection, though the link has never been fully explored or explained. The primary goal of the current research was to understand the role of a cell-signaling pathway called RAS/MAPK in the cascade of events leading to HCM in patients with CFCs — and by association, with Noonan syndrome, Costello syndrome, and other similar illnesses.

Observing the disease progression in these heart cells, called cardiomyocytes, Dr. Gelb and his team found that some of the changes were caused by interactions with cells that resemble fibroblasts — the same kinds of cells that produce collagen and other proteins. Fibroblasts make up a significant portion of total heart tissue, although it is the cardiomyocytes that are primarily responsible for pumping blood. “These fibroblast-like cells seem to be producing an excess of a protein growth factor called TGF-beta, which, in turn, caused the cardiomyocytes to hypertrophy, or grow larger,” Dr. Gelb said. “We believe this is the first time the phenomenon has been observed using a human induced pluripotent stem cell model of the disease.”

Prior to this observation, Dr. Gelb and his team assumed hypertrophy was “cell autonomous,” meaning intrinsic to the cardiomyocytes themselves. “Based on our cell culture model, we saw that fibroblasts are playing a key role in giving the heart cells the signal that causes them to get big,” Dr. Gelb said. “That was quite unexpected.”

The therapeutic implications may also be profound. “We were able to block TGF-beta in vitro using antibodies that bind to the protein. When we did that, the cardiomyocytes no longer hypertrophy,” Dr. Gelb said. It’s not certain the same effect would be seen in the many clinical cases of HCM that are not influenced by BRAF or the RAS pathway—essentially a chain of cellular proteins that help transmit signals from surface receptors on the cell to DNA in the nucleus –but researchers believe this could be the case.

The bigger surprise, said Dr. Gelb, “is that we may be talking about a signaling circle” in which fibroblasts trigger the release of a growth factor, which causes cardiomyocytes to hypertrophy, which in turn, prompts fibroblasts to release more of the growth factor.” Dr. Gelb didn’t witness this last part of the circle in his stem cell culture, but evidence of fibroblast stimulation has been reported in mouse models that don’t express the RAS mutation. If the circle theory is validated, Dr. Gelb said, there could be new and broad therapeutic interventions for HCM in both RAS and non-RAS contexts. “In theory, at least, a therapy could be useful for both,” he said.

The System includes approximately 7,100 primary and specialty care physicians; 12 joint-venture ambulatory surgery centers; more than 140 ambulatory practices throughout the five boroughs of New York City, Westchester, Long Island, and Florida; and 31 affiliated community health centers. Physicians are affiliated with the renowned Icahn School of Medicine at Mount Sinai, which is ranked among the highest in the nation in National Institutes of Health funding per investigator. The Mount Sinai Hospital is in the “Honor Roll” of best hospitals in America, ranked No. 15 nationally in the 2016-2017 “Best Hospitals” issue of U.S. News & World Report. The Mount Sinai Hospital is also ranked as one of the nation’s top 20 hospitals in Geriatrics, Gastroenterology/GI Surgery, Cardiology/Heart Surgery, Diabetes/Endocrinology, Nephrology, Neurology/Neurosurgery, and Ear, Nose & Throat, and is in the top 50 in four other specialties. New York Eye and Ear Infirmary of Mount Sinai is ranked No. 10 nationally for Ophthalmology, while Mount Sinai Beth Israel, Mount Sinai St. Luke's, and Mount Sinai West are ranked regionally. Mount Sinai’s Kravis Children’s Hospital is ranked in seven out of ten pediatric specialties by U.S. News & World Report in "Best Children's Hospitals."For more information, visit http://www.mountsinai.org/, or find Mount Sinai on Facebook, Twitter and YouTube.