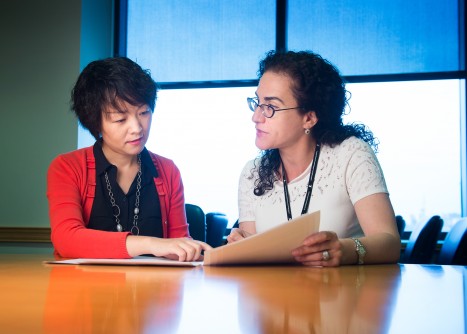 Newswise — The idea that stem cells – special cells that divide to repair and generate tissues – might be the major determinant of cancer risk has provoked great debate in the scientific community. Some researchers maintain that environmental carcinogens are more important in defining cancer risk. Now researchers at St. Jude Children’s Research Hospital and the University of Cambridge, England, have confirmed the crucial contribution of stem cells to the origins of cancer in different organs of mice. The results appear online today in the journal Cell. “The chance accrual of random mistakes in cell DNA likely plays an important role in generating cancer; but whether this has to happen in specific cell types, such as stem cells, and precisely how other factors such as environmental carcinogens contribute to cancer is unclear,” said the study’s senior author, Richard Gilbertson, M.D., Ph.D., director of the Cancer Research UK Cancer Center at Cambridge University, England, and former St. Jude scientific and Comprehensive Cancer Center director. “Indeed, an argument has raged across the scientific community for some years now. Some say cancer is ‘bad luck’ because mutations arise by chance in stem cells, while others argue environmental carcinogens are more important. This disagreement has arisen largely from the use of different mathematical models to look at existing human cancer and stem cell data, from which it is extremely difficult to tease out the impact of individual factors. Therefore, we tested these opinions in actual experimental models that looked at the individual components that might drive cancer.”The researchers used a specific “marker molecule” called Prom1 to map the activity of cells in various organs throughout the life of mice. In some instances, Prom1+ cells were mature, non-dividing cells that did not repair or regenerate the organs, but in a handful of organs these cells were highly active stem cells. “By following these Prom1+ cells in all the major organs in mice through their lifetime journey, we were able to identify in which organs these cells were actively dividing stem cells,” said Liqin Zhu, Ph.D., a research associate at St. Jude and the study’s first author.

Once they had an organism-wide map of the cells’ function, the researchers introduced DNA mutations into these cells similar to the changes that occur in human cancers. “This approach does away with the need for carcinogens, removing them from the cancer equation and allowing us to test if the generative capacity of stem cells influenced cancer risk,” said Zhu. After a rigorous study lasting more than seven years and comprehensive statistical modeling of the results by Arzu Onar-Thomas, Ph.D., associate member of the St. Jude Biostatistics Department, the clear answer was that only cells with stem cell activity make cancer. “But that’s not the whole story,” said Gilbertson. “While we have shown that stem cell function is required to generate cancer, our study also revealed that damage to tissues such as the liver, the kind that can occur in humans, can ‘wake up’ sleeping stem cells, make them divide and massively increase cancer risk. Therefore, we propose that the origin of cancer lies in a ‘perfect storm’ that includes DNA mutations, stem cell function and tissue damage.”

The scientists also showed that stem cells in newborn animals are far less likely to undergo malignant transformation than adult stem cells. This finding suggests that stem cells in the newborn are intrinsically resistant to the formation of tumors. “If this biology were to hold true in humans, then it may explain why cancer rates are many-fold lower in children than adults, despite the fact that childhood cancers accrue significant numbers of mutations that alter proteins, and that the growth rates of organs peak in childhood,” said Zhu.

Many of the new cancer models described in the study bear striking similarities to human diseases and should provide a valuable resource for further biological and therapeutic studies.

This research was supported by funding from the National Institutes of Health (P01CA96832, R01 and P30CA021765), Cancer Research UK and ALSAC.