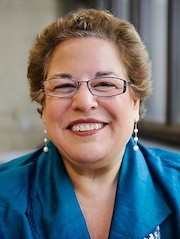 Stem cells are cells that can form many types of cells in the body, and that makes them inherently promising — and dangerous. “Stem cell tourism” refers to people traveling, both within the U.S. and abroad, in pursuit of advertised stem cell therapies to purportedly treat a variety of medical conditions.

“The evidence for therapeutic use of stem cells is very limited, except for bone marrow stem cells, but patients all over the world are convinced stem cells will cure their disease,” says Charo. “While there are some very promising results in the early clinical trials for stem cell therapies using embryonic and other kinds of stem cells, the ‘treatments’ being advertised by these clinics are dubious, mostly ineffective, and sometimes positively harmful.

“Patients are being hoodwinked, but there are dilemmas about tackling (the ‘treatments’) at regulatory or political levels.”

The outrage over failures in stem cell tourism is limited, Charo says. Patients may pay tens of thousands of dollars for procedures that may carry no promise of success — or carry grievous risks of failure. “Most people have no reason to pay attention, and those who are paying attention are sick, so they are focused on trying anything,” Charo says. “If it does not work, they are already in a bad position with plenty to think about.”

During a search for stem cell therapies on the web, Charo found products that supposedly enhance the natural formation of stem cells in the skin alongside “approved and unapproved treatments in the United States, and stem cell clinics outside the United States, like a stem cell ‘treatment’ for spinal conditions that might be innocuous, but is probably useless.”

Some American operators are trying to slip through Food and Drug Administration regulation, says Charo, who served as senior policy advisor in the Office of the Commissioner of the FDA between 2009 and 2011. The FDA regulates medical devices, tissue transplants and drugs, but not organ transplants or the way medicine is practiced.

To sell a product that can heal without claiming it is a drug, some clinics remove stem cells from a patient, grow them with “minimal manipulation,” and then reinsert the resulting cells back to the same patient. “There has been a long-running battle over whether that is a tissue transplant akin to organ transplantation and thus the practice of medicine, or a tissue transplant that is acting like drug,” Charo says. “If the latter, then what you do is subject to FDA [regulation], so you have to prove that your product is safe and effective, which almost always requires expensive clinical trials.”

In early February, an appeals court upheld the FDA’s ability to regulate manipulated stem cells as drugs, Charo notes. But the victory may be hollow: “Each case takes a tremendous amount of effort to bring suit, prove the facts and win the appeal, and many other clinics may open up in the meantime.”

In some countries, pretty much anything goes, Charo says. Almost half of stem cell treatments occur in China, but Mexico and Russia also have growing sectors. “Some clinics advertise brain injury treatment for patients who are in no condition to travel,” she says. “Patients, and especially parents of children with injury or disease, are often desperate. One child went to Russia and raw bone marrow was injected into the brain. It’s horrifying.”

One view of stem cell tourism comes from studies by Paul Knoepfler of the University of California, who found that most clinical trials occur in Europe and especially the United States, where regulation is strictest, “but the so-called ‘therapeutic’ clinic locations are mostly in China, Mexico and Costa Rica,” Charo says. She also cites research by Timothy Caulfield of the University of Alberta and Allen Petersen at Monash University in Australia, who are studying the motivations and effect of stem cell tourism.

It’s unclear how much harm these unregulated treatments are causing to medical tourists because in the absence of comprehensive regulation, there is no comprehensive follow-up data. “We already have had two reported deaths of children, and there are probably more people injured than anybody would imagine. It’s time we started complaining a little more loudly,” Charo says.

Limits on advertising could slow medical tourism to unscrupulous clinics, but that tactic is legally troublesome, Charo says. “The International Society for Stem Cell Research tried to list effective and ineffective clinics, but it got letters charging it with business defamation. Even if they could have won … they did not have money for the litigation, so they took down the posting. It was tremendously frustrating.”

Consumers, she says, could raise these issues with the Federal Trade Commission, which is charged with regulating false or misleading advertising, but gets few complaints on the issue. Scientists can work with fellow scientists, with patient-advocacy organizations and regulatory authorities such as the FDA.

At this point, Charo notes, “stem cells have become a magic word. Often new areas of science get that reputation; in 19th century medical devices, everything with electricity or magnetism was magic. Today it’s stem cells and nanotechnology. It is time to lose the hype without losing the hope.” ###