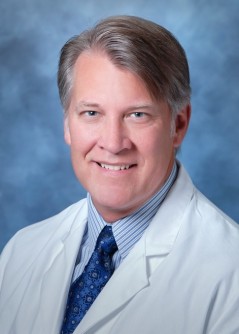 Newswise — LOS ANGELES (Jan. 26, 2018) — A specialized stenting system used to open blocked arteries in the brain resulted in a low complication rate among a specific group of patients with stroke histories, a study led by Cedars-Sinai researchers has found.

The Wingspan® Stent System Post-Market Surveillance Study (WEAVE™) trial examined patients with a narrowing of the arteries in the brain, called intracranial stenosis, resulting from a buildup and hardening of fatty deposits called cholesterol plaque. The condition can lead to strokes.

The trial demonstrated that the stenting of brain arteries in these patients resulted in a complication rate of just 2.6 percent.

The results were presented Thursday at the International Stroke Conference in Los Angeles.

"These trial results have the potential to change how stroke patients are treated in the future," said Michael Alexander, MD, director of the Neurovascular Center at Cedars-Sinai. "Using approved stents in the brain arteries may give new hope to patients suffering from stroke due to blockages from cholesterol plaque."

The study tracked patients at 24 sites nationwide, including those at Cedars-Sinai. To be eligible, patients had to be between ages 22 and 80, have had two or more strokes, have significant narrowing of the arteries and have failed to respond to other forms of medical therapy.

Investigators found that of 152 patients with intracranial stenosis due to cholesterol plaque and treated with the Wingspan Stent System, just 2.6 percent experienced stroke or death within 72 hours of the procedure. Made by medical technology company Stryker, which sponsored the trial, the system has been approved by the U.S. Food and Drug Administration for use with patients who have intracranial atherosclerotic disease.

Disclosure: Alexander receives compensation from the company sponsoring the trial. This includes consulting fees and fees for speaking engagements.