Stephanie Courtney a.k.a. “Flo” to Speak at Binghamton University Commencement 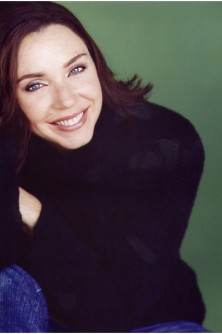 Stephanie Courtney will speak at Binghamton University's Spring Commencement ceremony at noon Sunday, May 17, where she will be honored as an alumna.

Newswise — Stephanie Courtney, an actress and improviser best known for playing “Flo” in the Progressive Insurance commercials, will speak at Binghamton University’s Spring Commencement ceremony at noon Sunday, May 17, in the Events Center, on campus.

Courtney, who graduated from Harpur College with an English degree in 1992, will speak at the Harpur Fine Arts/Humanities ceremony, where she will be honored as an alumna.

Her time at Binghamton University helped her turn an acting passion into a career. On campus, she studied under Professor Tom Kremer and played Elizabeth Proctor in The Crucible. Kremer helped her decide where to study theater after she graduated from Binghamton.

“I was never tortured over whether I wanted to become an actor,” Courtney said. “There was never another option in my mind.”

Courtney has been playing the role of Progressive’s “Flo” since 2008. Ad Age recently named her one of the top female ad icons of all time, on a list that includes Rosie the Riveter and BettyCrocker.

Her television credits include You’re The Worst, Mad Men, House, 2 Broke Girls, The Comeback, Comedy Bang! Bang!, Men of a Certain Age and the upcoming Netflix show, With Bob and David. On film she can be seen in The Heartbreak Kid, The Brothers Solomon, Christopher Guest’s For Your Consideration and Bob Odenkirk’s Melvin Goes to Dinner. Courtney is a long-time performer at The Groundlings Theatre & School in Los Angeles. She was a main company member for several years and still performs regularly in the Crazy Uncle Joe Show, a weekly long-form improv show.