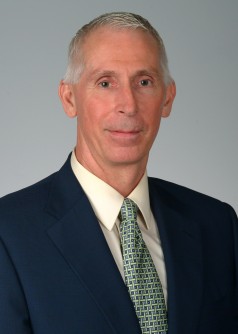 Lanier is currently the associate provost for research and professor of cell and molecular pharmacology & experimental therapeutics at the Medical University of South Carolina (MUSC), a top-tier, freestanding academic health center. As associate provost for research, he serves as the chief scientific officer with broad responsibilities across multiple areas including regulatory affairs, technology transfer, research support operations, research training and faculty affairs, among others.

“We are delighted to welcome Dr. Lanier to Wayne State. He brings a wealth of talent and experience to this position, including extensive experience in technology transfer,” said President M. Roy Wilson. “His passion and drive will be critical as we work to grow our research enterprise and translate the results of university research into benefits for the public.”

Prior to joining MUSC in 2007, Lanier served as the Lederle Laboratories/David R. Bethune professor and chair of pharmacology & experimental therapeutics at Louisiana State University Health Sciences Center in New Orleans. From 2001 to 2006, he led their efforts to expand extramural research funding, which placed the department in the top 25 to 30 pharmacology departments among medical schools in the United States for NIH funding. Following Hurricane Katrina, he played a key leadership role in guiding extensive recovery efforts of departmental programs and faculty, as well as the recovery of the institution itself.

Lanier’s academic career includes eight years at Harvard Medical School and Massachusetts General Hospital as a fellow, instructor and assistant professor. He then served 10 years at MUSC as a faculty member before accepting the chair position at Louisiana State University Health Sciences Center in New Orleans.

He received his B.S. in biology with high distinction from Tennessee Technological University and his Ph.D. in pharmacology from the University of Tennessee Health Science Center. Throughout his career, he has published numerous scholarly publications and has been principal investigator on many research grants. Lanier has served on multiple review panels for the National Institutes of Health. He has also developed a number of broad collaborative initiatives across departments and colleges and led a wide range of inter-institutional initiatives for research and economic development. Lanier stated “Wayne State University has a number of outstanding, internationally recognized research programs and is playing a critical role in the development of the local and regional community. The faculty, students and leadership at Wayne State University are very special and I am greatly appreciative of the opportunity to contribute and serve as vice president for research.”

Wayne State University is one of the nation’s preeminent public research universities in an urban setting. Through its multidisciplinary approach to research and education, and its ongoing collaboration with government, industry and other institutions, the university seeks to enhance economic growth and improve the quality of life in the city of Detroit, state of Michigan and throughout the world. For more information about research at Wayne State University, visit http://www.research.wayne.edu.