Stigma Remains a Barrier in HIV Prevention and Treatment

Stigma is a major obstacle to engaging both HIV-negative and HIV-positive gay and bisexual men in prevention, treatment, and care 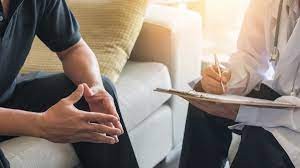 Newswise — Stigma and discrimination, such as homophobia and racism, impede engagement in HIV prevention and use of biomedical tools for treatment in both HIV-negative and HIV-positive gay and bisexual men, according to a Rutgers study.

The paper, published in AIDS and Behavior, examined the impact of stigma on HIV-related outcomes among gay and bisexual men in the U.S.

Despite recent advances in HIV prevention and treatment, and access to biomedical interventions that can hasten the end of the HIV epidemic, gay and bisexual men continue to be disproportionately affected by the virus.

Stigma, which has been associated with negative health outcomes, often impacts marginalized groups including gay and bisexual men and other high-risk populations.

Gay and bisexual men often embody more than one minority status, yielding experiences of intersectional stigma, for example, experiencing both racism and homophobia. These stigmas can prevent individuals from seeking information, getting tested, and seeking care or treatment.

The researchers, led by Rutgers School of Public Health doctoral students, reviewed 47 studies that examined stigma and HIV-related outcomes among gay and bisexual men over the past three decades.

“These findings are important because the conclusions from this review can inform stigma reduction interventions or programs, and advance stigma research, to ultimately end this epidemic,” said lead author Riddhi A. Babel, a doctoral student in the Department of Biostatistics and Epidemiology at the Rutgers School of Public Health.

The study emphasizes critical intersectional efforts that must be made to address stigma, understand an individual’s identity, and create and implement policy for community-based interventions.

“Although we now have the tools to end the HIV pandemic, stigma continues to stand in our way,” said senior study author Chongyi Wei, an associate professor in the Department of Health Behavior, Society and Policy at the Rutgers School of Public Health.  “Without systematically addressing it at all levels, whether homophobia, racism, or both, we will not prevail this virus."

Future research should evaluate how individual types of stigma, as well as intersectional stigma, impact viral suppression and treatment adherence, and PrEP uptake and adherence. Mixed-method studies should also be conducted in the future, to better understand the implications of intersecting stigma amongst men of color.

The Rutgers School of Public Health – New Jersey’s leading academic institution in public health – is committed to advancing health and wellbeing and preventing disease throughout New Jersey, the United States, and the world, by preparing students as public health leaders, scholars, and practitioners; conducting public health research and scholarship; engaging collaboratively with communities and populations; and actively advocating for policies, programs, and services through the lens of equity and social justice. Learn how the Rutgers School of Public Health is “keeping the ‘public’ in public health,” by visiting them at https://sph.rutgers.edu.