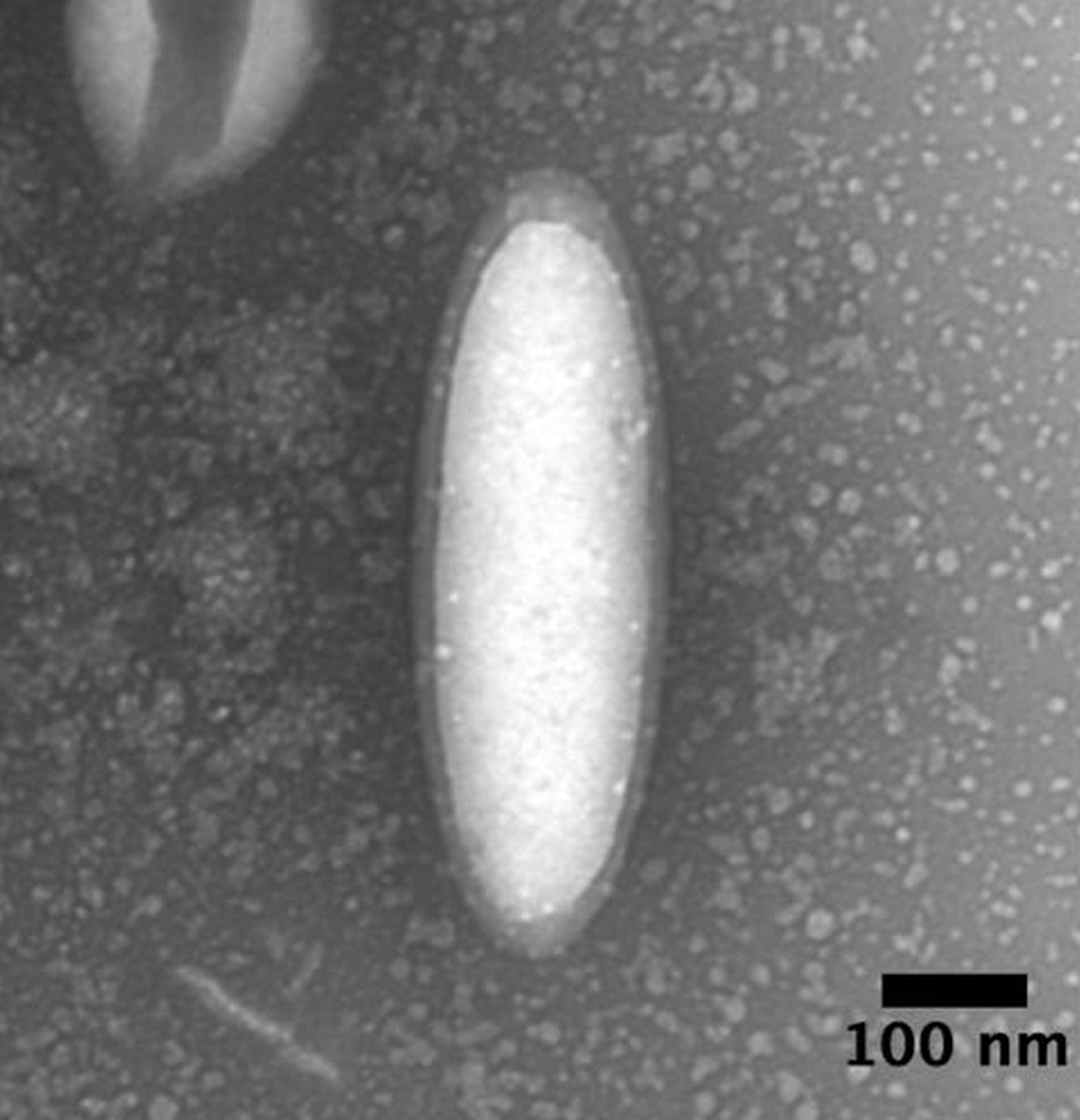 During the COVID-19 pandemic, Johns Hopkins Medicine Media Relations is focused on disseminating current, accurate and useful information to the public via the media. As part of that effort, we are distributing our “COVID-19 Tip Sheet: Story Ideas from Johns Hopkins” every other Tuesday.

We also want you to continue having access to the latest Johns Hopkins Medicine research achievements and clinical advances, so we are issuing a second tip sheet covering topics not related to COVID-19 or the SARS-CoV-2 virus. “Research News Tip Sheet: Story Ideas from Johns Hopkins Medicine” alternates Tuesdays with the COVID-19 Tip Sheet.

Stories in this tip sheet associated with journal publications provide a link to the paper. Interviews may be arranged by contacting the media representatives listed.

Recent interest in developing therapies from hallucinogenic drugs has scientists exploring how these chemicals work in the brain. Recently, Johns Hopkins Medicine researchers imaged the brains of people who had vaped salvinorin A, a drug used in Native Mexican rituals, and found that, like other psychedelic drugs, it increased the communication across parts of the brain. However, the primary effects of the drug that they observed — as reported in their paper published Oct. 2, 2020, in Scientific Reports — suggest that salvinorin A results in more random or disconnected signaling within the default mode network, which is the part of the brain most active when a person is sitting still, relaxing, daydreaming or otherwise not engaged in externally directed mental exercise.

Salvinorin A is a chemical found in the plant Salvia divinorum that produces powerful out-of-body and amnesia-like experiences over a short time frame similar to the effects of nitrous oxide (“laughing gas”), which is used at dental offices.

“Salvinorin A seems to do all the things that researchers believe happen when other psychedelics (such as LSD and psilocybin) act on the brain,” says Manoj Doss, Ph.D., postdoctoral research fellow at the Center for Psychedelic and Consciousness Research at the Johns Hopkins University School of Medicine. “The funny thing is that some researchers have selectively focused on the default mode network when that’s not even where they find the strongest effects of classic psychedelics. In contrast, that is, in fact, where we found the strongest effects of salvinorin A.”

In the study, 12 men vaped salvinorin A crystals and then were scanned by functional magnetic resonance imaging (fMRI) for the next 15 minutes to measure brain activity across networks in the brain. The researchers evaluated the activity within and among eight brain networks: three involved in vision and five others responsible for moving and touch, processing information from the outside world, paying attention, reward evaluation and activating the default mode network when the mind is at rest.

Most of the fMRI-scanned networks seemed to communicate more with one another when influenced by salvinorin A than when the drug was not present, but they communicated less within themselves. The researchers observed particularly decreased synchronization of the default mode network, meaning that the brain’s electrical signals became more random and unpredictable.

In future experiments, the research team plans to compare these findings about salvinorin A’s impact on the brain with data from imaging done on brains under the influence of other hallucinogenic drugs.

Doss is available for interviews.

It’s widely known that patients who are intubated for five to six hours during lengthy surgeries are at greater risk for follow-up complications to the larynx (voice box) such as sore throat, difficulty swallowing and hoarseness. Now, Johns Hopkins Medicine researchers have shown that similar problems also may occur in patients intubated for a much shorter period.

In a systematic review of published research on laryngeal injury following intubation, a research team led by Martin Brodsky, Ph.D., Sc.M., associate professor of physical medicine and rehabilitation at the Johns Hopkins University School of Medicine, determined that damage to the larynx can occur with an endotracheal tube in place for as little as one or two hours. Although the injury from short-term intubation is most often mild, it can impact a patient’s breathing, swallowing or speaking, requiring separate treatment and more recovery time.

The findings were reported in the Nov. 11, 2020, issue of the journal Anesthesia & Analgesia.

Although the most common complications from intubation are mild, more serious problems can occur. “It is important that both patients and their treating physicians be aware of these possible risks,” says Brodsky.

The good news, he says, is that for the majority of patients — some 80% — their breathing tubes will be removed after surgery with no injury. The remainder are likely to experience swelling, redness, irritation and abrasions that will generally heal on their own.

Although serious complications such as paralysis and subluxation (dislocation of the cartilage) of the larynx can occur with intubation, they are very rare — they occur in less than 0.5% of cases.

”Based on the findings from our study, we urge doctors to make sure patients understand that when they are going to be intubated during a surgical procedure — whether it will be a short or long operation — there are risks involved from injury to the larynx,” says Brodsky. “Being intubated for one to two hours does not eliminate the possibility of long-term damage.”

Brodsky adds that better awareness before surgery among doctors and patients about potential intubation-generated laryngeal injury can lead to faster recovery times and improved outcomes.

Brodsky is available for interviews.

Despite concerted efforts to remedy an ongoing disparity, research has shown that Latinos and other ethnic minorities have been historically underrepresented in medical research studies, especially clinical trials. Engaging Latinos has been particularly challenging because they often do not have equitable access to vital information that would lead them to participate. Additionally, Latinos often deal with health care providers and study coordinators who don’t speak Spanish or are not trained to be culturally competent in working with the Latino community. Other barriers to research participation include poverty, housing instability, lack of transportation, mistrust and competing demands, such as child care and work schedules.

This is where Centro SOL (Center for Salud/Health and Opportunities for Latinos), a Johns Hopkins Medicine research center, is helping to bridge the gap. Since its inception in 2013, Centro SOL’s mission has been to improve health care and health education for Latinos in the Baltimore metropolitan region by increasing their involvement in research studies.

According to a report in the Nov. 2020 issue of the Journal of Health Care for the Poor and Underserved, Centro SOL consulted from 2014 through 2019 with 77 researchers working for institutions such as The Johns Hopkins University, and its medical school and school of public health; the University of Maryland; the Maryland Institute College of Art; and out-of-state universities.The report documents how Centro SOL helped these investigators increase participation of Baltimore-area Latinos and others who have limited English proficiency in high-quality, culturally competent and ethical research studies by assisting with study planning, reviews of study materials, recruitment of participants and staff members, and translation services.

For example, the report describes how, during the six-year review period, Centro SOL helped researchers build relationships with its target population. Researchers, states the report, were given guidance on proven methods for communicating that help make prospective study recruits feel comfortable and enable them to clearly understand the potential risks and benefits of participating in a research study.

Centro SOL has worked in numerous health care and community settings to promote equity in health and opportunity for Latinos through both research- and community-based programming. Centro SOL has developed close partnerships with key local leaders and organizations, such as Comité Latino de Baltimore, a community group that works to strengthen the region’s Latino community, and Gallery Church, which has a predominantly Latino congregation.

Based on feedback from the researchers it has assisted, Centro SOL continues to refine and improve the services it offers.

To learn more about Centro SOL, including its programs and services, go to www.jhcentrosol.org.

Polk is available for interviews.

In a new study, Johns Hopkins Medicine researchers have shown how an enzyme can activate and engage a “trash and recycling system” in heart cells to help patients better recover from a heart attack. The researchers say in their study, published Oct. 20, 2020, in Nature Communications, that they believe this system could be modified and used to clean up damaged and misfolded proteins that accumulate in heart cells and eventually become toxic.

The researchers found that the enzyme protein kinase G, which ramps up after a heart attack, influences CHIP (carboxyl terminus of Hsc70-interacting protein) to help move misfolded, damaged proteins to the proteasome, the “recycling plant” of the cell. Based on this finding, the researchers showed that CHIP — modified by protein kinase G or genetically changed to mimic this modification — has enhanced ability to clear the damaged proteins. Subsequently, they explain, this prevents progress to heart failure after an attack.

The discovery came when lead author, Mark Ranek, Ph.D., assistant professor of medicine at the Johns Hopkins University School of Medicine, studied mice genetically engineered to block protein kinase G from being turned on after a heart attack. He noticed that CHIP protein levels were much lower than normal, and misfolded/damaged proteins accumulated in greater number in the mouse hearts. This meant that CHIP was a key factor in clearing the damaged proteins. Further supporting the connection was the fact that blocking protein kinase G weakened CHIP’s function, while turning on the kinase or using mutations to mimic that it was protective.

“Because CHIP is so small and easy to work with, we think that it will be possible to develop its genetic mutation form into a gene therapy that could be used to treat not only heart disease, but also diseases like Parkinson’s or Alzheimer’s that also result from the buildup of misfolded proteins, but in this case in the brain,” says David Kass, M.D., the Abraham and Virginia Weiss Professor of Cardiology at the Johns Hopkins University School of Medicine.

Kass and his team have applied for a patent related to the development of such a therapy.

Ranek and Kass are available for interviews.

Brianna Fogelman, 27, began working for Johns Hopkins Medicine as a medical and surgical unit nurse in the fall of 2020 at the height of the COVID-19 pandemic. Although she was new to The Johns Hopkins Hospital’s health care team, it wasn’t the first time Fogelman had been inside the facility. Previously, she was on the operating room table rather than beside it.

Once an active track and field athlete, Fogelman began experiencing shortness of breath and difficulty speaking in the spring of 2019, during her third year as a nursing student at Wesley College in Dover, Delaware. Soon after, Fogelman’s lungs were functioning at only 20% of their normal ability, and they were threatening to fail altogether. She was admitted to The Johns Hopkins Hospital, where she developed pneumonia and lost all lung function. Moved to an intensive care unit, Fogelman was placed on the emergency transplant waiting list.

A month later, a team led by Errol Bush, M.D., surgical director of the advanced lung disease and lung transplant program, and associate professor of surgery at the Johns Hopkins University School of Medicine, received a suitable donor organ and performed a bilateral lung transplant on Fogelman, meaning that both of her lungs were replaced.

Also, her new right lung’s lower lobe — a third of the organ — had to be removed during the operation to fit the lung properly in her smaller-than-average chest cavity. Fortunately, the missing portion wasn’t critical to Fogelman’s respiratory needs.

Now, working at the hospital where she received her life-altering transplant, Fogelman says she can fully empathize with her patients and their families, knowing exactly what they are going through.

“As a patient I had to endure the journey of uncertainty before my lung transplant,” says Fogelman. “As a nurse, I work to support patients and families during their health journey while instilling hope.”

Fogelman and Bush are available for interviews.