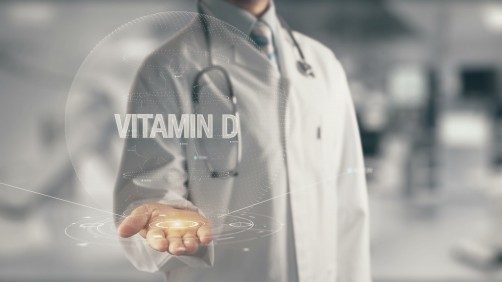 The stress of open-heart surgery significantly reduces patients’ vitamin D levels, but aggressive supplementation with vitamin D3, just before and after surgery, can completely eliminate the observed drop in vitamin D, researchers have found.

Newswise — The stress of open-heart surgery significantly reduces patients’ vitamin D levels, but aggressive supplementation with vitamin D3, just before and after surgery, can completely eliminate the observed drop in vitamin D, researchers have found.

Researchers at the Intermountain Medical Center Heart Institute in Salt Lake City conducted a study called ASSESS-D, in which they discovered two key findings related to vitamin D levels and open-heart surgery: first, that open-heart surgery patients generally have low levels of vitamin D to begin with, and secondly, that stress associated with the surgery further reduced their vitamin D levels by the time they were discharged from the hospital.

The Intermountain Medical Center Heart Institute study showed that giving heart patients vitamin D3 supplements before and after surgery reduced those deficiencies. Patients who were given the supplement had normal levels of vitamin D shortly after the surgery.

This connection is important since a deficiency of vitamin D is associated with an increased risk of heart attacks, strokes, congestive heart failure, and other cardiovascular conditions, including high blood pressure and diabetes, according to J. Brent Muhlestein, MD, lead author of the study, and cardiovascular researcher at the Intermountain Medical Center Heart Institute.

“We’re gathering more evidence that vitamin D deficiency is strongly associated with heart disease and death,” said Dr. Muhlestein. “Our study was a mechanistic approach to try and figure out what exactly is happening with vitamin D, and perhaps give us some information as we press forward with a randomized trial to find out the real answer to the question of the impact of vitamin D on heart disease and related problems.”

Results from the study will be presented at the American College of Cardiology Scientific Session in Orlando on March 12, at 9:30 a.m., ET.

In the ASSESS-D study, Dr. Muhlestein and his team studied 150 randomized elective open-heart surgery patients. Half of the patients received three daily 50,000-unit doses of vitamin D3 starting before their procedures. The other half were given a placebo. Patients were monitored for vitamin D levels and major adverse cardiovascular events throughout their hospitalization, and then again six months after their surgery.

The researchers from the Intermountain Medical Center Heart Institute’s next step is to evaluate the effect of vitamin D supplementation on future cardiovascular risk among patients who present with a heart attack.

In an ongoing study, called the Target-D Trial, patients who come in with a heart attack are randomized to receive long-term vitamin D supplementation or not. They are then followed to see if the supplements reduce their risk of a second heart attack or other complications.

“We need hard evidence, and we hope the Target-D trial will give us real randomized controlled outcomes data to figure out if it’s good to take vitamin D supplements if you’re a heart patient who has low vitamin D levels,” said Dr. Muhlestein.

The human body produces vitamin D on its own, particularly when you’re out in the sun. Because people today are spending less time outdoors, and using more sunscreen when they are outdoors, the entire American population has general deficiency of the vitamin. Other factors can lead to lower vitamin D levels, including a person’s weight, skin, pigmentation, sex, age, and where they live.