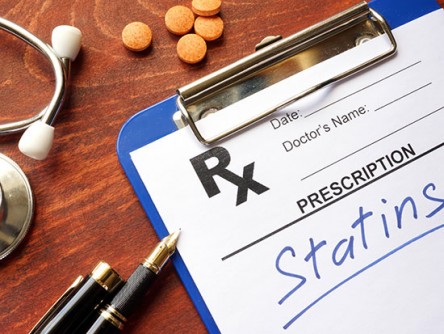 Newswise — BIRMINGHAM, Ala. – Less than half of stroke patients discharged from the hospital received a prescription for cholesterol-lowering medication called statins, and the likelihood of a prescription varied by patients’ geographic location, sex, age and race, according to new research from the University of Alabama at Birmingham REasons for Geographic and Racial Differences in Stroke Study.

“All ischemic, or non-bleeding, stroke survivors should be evaluated to determine whether they could benefit from a statin, regardless of the patient’s age, race, sex or geographic residence,” said study lead author Karen Albright, Ph.D., D.O., recent doctoral graduate of the UAB School of Public Health Department of Epidemiology. “In patients hospitalized for ischemic stroke, opportunities exist to improve statin prescribing upon discharge.”

The study, published in the Journal of the American Heart Association, compared discharge statin prescribing between different groups of patients with ischemic stroke both in and outside of the southeastern United States, known as the stroke belt. Researchers found that 49 percent of stroke patients who were not taking a statin prior to hospital admission received a prescription for statins at hospital discharge, though the percentage of patients’ receiving prescriptions increased over the course of the 10-year study.

Statins are recommended for most stroke patients because they are the only cholesterol-lowering drug class that has been directly associated with reducing the risk of another stroke. Previous studies evaluating the associations between age, race, sex, geographic residence and discharge statin prescribing have been limited.

“Our findings should raise questions about why so few patients get this evidence-based medication at the time of discharge and highlight variations in care by geography that may be contributing to recurrent stroke disparities,” said Justin Blackburn, Ph.D., associate professor in the UAB Department of Health Care Organization and Policy.

The study looked at demographic and health information, including stroke risk factors, for 323 stroke patients participating in a national study of more than 30,000 U.S. adults age 45 and older from 2003 to 2013. The study used computer-assisted telephone interviews, questionnaires, an in-home examination, and medical records from the stroke hospitalization and discharge.

The study relied upon use of statins from chart abstraction of available medical records, which could have led to incorrect estimates of the number of statin users. Another limitation is that it included only patients who reported that they were not taking a statin when admitted to the hospital, which could have affected the study’s results.

Estimates suggest that 80 percent of recurrent strokes could be prevented through a combination of lifestyle changes and adherence to secondary stroke prevention medications.

About UAB
Known for its innovative and interdisciplinary approach to education at both the graduate and undergraduate levels, the University of Alabama at Birmingham is the state of Alabama’s largest employer and an internationally renowned research university and academic medical center; its professional schools and specialty patient-care programs are consistently ranked among the nation’s top 50. UAB’s Center for Clinical and Translational Science is advancing innovative discoveries for better health as a two-time recipient of the prestigious Center for Clinical and Translational Science Award. Find more information at www.uab.edu and www.uabmedicine.org.