Student creates diagnostic tool that could change the prenatal industry

Newswise — One in 10 babies suffers from fetal acidosis, or a lack of oxygen during birth. Mother of five and Wichita State University student Tammy Dorsey has developed the Pedi-Cell, a noninvasive diagnostic tool that will close a huge clinical gap in the prenatal industry and make child birth safer.

"The U.S. is the costliest and deadliest place to give birth in the developed world."

Fetal acidosis can happen for dozens of reasons. When babies are in acidosis, they expel carbon dioxide like normal. However, hydrogen levels spike, which causes the acidity to build up in the blood. Organs and tissues are affected, causing a degree of complications that could be life long, chronic and, in extreme cases, cause death.

“I want the doctors to know when the baby is in trouble so they can make decisions that’s best for the situation,” says Dorsey.

Current external monitors are used to tell how strong contractions are and to read heart rates. Based on the data collected, doctors make a judgment call on the intensity of uterine contractions to determine how it affects fetal oxygenation, leaving a 50 percent margin of error. Dorsey’s new device gives doctors a quantitative number to make decisions instead of guessing.

“Doctors take a segment of the umbilical cord to see if they interpreted the data correctly, but wouldn’t it be nice to know before?” asks Dorsey.

With Pedi-Cell, there’s a sensor on one end that detects the pH and a pH meter line on the other to display the output. As long as the mother is dilated and her water has broken, the tool can be inserted in utero. The Pedi-Cell can touch any part of the baby’s body to get a reading.

“Doctors I’ve talked to would say, ‘If we can fix this, it will be a game changer,’” says Dorsey.

Last April, Prenatal Hope won first place and $10,000 in the Shocker New Venture competition and the Healthcare Innovation award, which came with $1,000.

In September, she was given a scholarship by the Institute for Biomedical Entrepreneurship (IBE) to participate in its educational five-day program in Cambridge, MA. This program is made to give hands-on training that will help biomedical researchers and innovators become more aware of how to be successful in the marketplace.

This past weekend, she attended the Collegiate Entrepreneurs Organization Pitch Competition in Kansas City and was awarded an exclusive opportunity to be accepted into the 2019 cohort of the Women’s Business Enterprise National Student Entrepreneur Program (WBENC SEP) in Baltimore next summer.

Dorsey earned her Bachelor of Science in Biomedical Engineering and a minor in French from WSU in spring 2018, where she found her passion for reducing infant mortality.

She’s in her first year of the Master of Innovation Design program at WSU.

“The engineering degree helped me come up with the innovation and the master’s program will help me figure out what to do with it,” says Dorsey.

Dorsey hopes to start the process to have her device approved by the FDA and put the Pedi-Cell on the market. Prenatal Hope’s mission is to make a positive impact on the prenatal industry and make the U.S. a safer place to give birth. 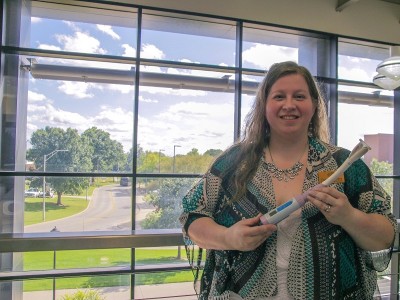 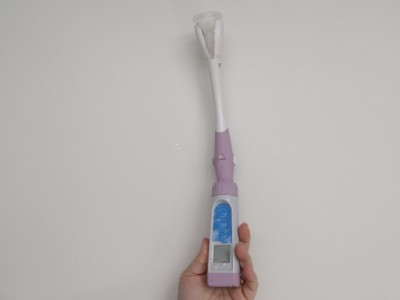 Caption: The Pedi-Cell is a diagnostic tool that can detect fetal acidosis.