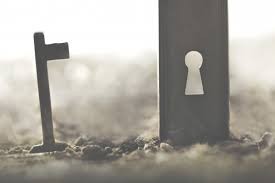 According to the World Prison Brief, America boasts the highest recidivism rate at more than 50 percent.

Newswise — Over the last three decades, the United States prison population has exploded from 300,000 to more than 2 million. More than 1.1 million are African American men – the vast number of whom have returned within one to three years of their release. In fact, according to the World Prison Brief, America boasts the highest recidivism rate at more than 50 percent.

Although African American men are more likely to participate in re-entry programs, they continue to struggle with recidivism and reunification at higher rates. The common conception of assisting individuals impacted by incarceration is to provide practical needs such as housing, food and employment. Often, these services are insufficient when the core of their issues is related to psychological factors.

For African American males, the consequences of low social status due to incarceration are compounded by racial discrimination and stereotypes. Consequently, the portrait of African American males puts them under heightened scrutiny and increases the number of adverse encounters with police and society.

This issue led researchers from Florida Atlantic University’s College of Social Work and Criminal Justice and Charles E. Schmidt College of Science to examine why re-entry programs are not as effective for African American men when compared to others. Their study, published in the Journal of Prison Education and Re-entry, looked at African American men’s re-entry experience, family reunification and recidivism. Participants (ages 23 to 56) were selected from a program in southeastern Florida; each had been in prison more than once and participated in at least three re-entry programs.

Results from the study demonstrate why re-entry programs need a more holistic approach that accounts for the negative associations developed in the centuries of oppression and segregation that shape African American men’s current interactions with society. In addition to providing practical needs and psychological assistance, re-entry programs should serve as a mediator between the individual impacted by incarceration and the various environmental constructs encountered upon release. Improving outcomes for African American men in re-entry programs must be centered on easing their transition into the complex systems of the family, workforce and society-at-large, while also considering their mental and emotional well-being.

“Many factors contribute to the high recidivism rates of African American men, but how their environment perceives them plays a significant role. Therefore, they respond differently to the environment compared to their non-African American counterparts,” said Precious Skinner-Osei, Ph.D., lead author and interim undergraduate program coordinator in FAU’s Phyllis and Harvey Sandler School of Social Work. “Because they face many oppressive factors, re-entry programs must consider the indifferences they endure, particularly trauma and their environment, and how it influences their behavior. Institutions involved in the criminal justice system must be part of the solution to alter the hostile environment experienced by these men.”

Skinner-Osei and co-author Peter Claudius Osei, a Ph.D. student in the Center for Complex Systems and Brain Sciences, combined perspectives from social work and neuroscience to develop a new approach for re-entry programs, which offers a solution by focusing on the environmental and psychological elements influencing behavior. Their “Care” model suggests implementing four steps: collaboration; amend; reintegration; and empowerment to successfully reunite justice-involved African American men with their families, the labor market, and their communities.

Components of the Care model include cultural competency; implementing trauma-informed care strategies when working with these men; amendments to legislation and policies to include more psychological services and mental health resources, particularly post-release and in the communities where these men are returning; and empowering justice-involved African American men to perceive themselves as a valuable member of society. Empowerment is a key component of this model to reduce the stigma and emotional insecurity that perpetuate the increased recidivism rates of African American men.

On the practice side of re-entry programs, the researchers say words make a difference. They suggest that one significant improvement that professionals can make post-release is to change the language they use in their practices such as excluding terms like “felon,” “offender,” “convict,” and “juvenile delinquent,” to allow justice-involved individuals to gain a more positive self-image and shed some of the stigma associated with incarceration.

“African American men have been so severely impacted by incarceration and confinement that it is ingrained in their mentality from childhood, thereby distorting their worldview,” said Peter Claudius Osei. “A more rounded approach is needed to account for the negative associations developed in the centuries of oppression and segregation that shape their current interactions with society. Only when we address their psychological and historical trauma in conjunction with the environmental factors that perpetuate the stigma they experience, can the chains of incarceration be broken.”

About the College of Social Work and Criminal Justice:

Journal of Prison Education and Re-entry