Overall, forty percent of patients were depressed, pointing to a need for mental health screening and care for cancer patients 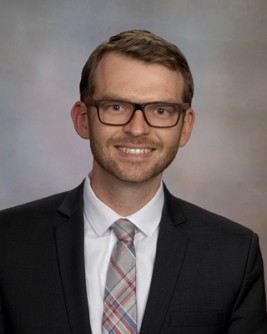 Newswise — SAN DIEGO, September 24, 2017 — A new study of patients at an urban cancer center points to a potentially serious problem that may limit the impact of clinical cancer care—undiagnosed depression. Among the 40 percent of patients at the center who were diagnosed with depression, three in four had not previously been told they were depressed. Female patients and disabled patients also were more likely to be depressed, according to research presented today at the 59th Annual Meeting of the American Society for Radiation Oncology (ASTRO).

A web of physiological, psychological and socioeconomic factors associated with having and being treated for cancer—such as severe physical pain, side effects of medication, financial concerns, fears and anxieties about mortality and changes in lifestyle and life plans—place cancer patients at a higher risk of developing depression. The National Cancer Institute (NCI) estimates that 15 to 25 percent of the general cancer patient population has depression—a rate two to three times that of the general population. Approximately seven percent of U.S. adults experience major depression, according to the National Institutes for Mental Health (NIMH).

“Depression prevalence continues to be high among cancer patients, especially those receiving treatment at an urban cancer center, as well as those who identify as female or are disabled by their disease. Alarmingly, most of these patients remain undiagnosed and untreated, indicating an important gap in cancer care and an opportunity to improve patient outcomes,” said Jason Domogauer, PhD, lead author of the study and an MD/PhD candidate at Rutgers University New Jersey Medical School in Newark, New Jersey.

Findings in this study are based on an examination of 400 cancer patients who received treatment at the University Hospital Cancer Center in Newark, New Jersey, between 2013 and 2016. Researchers assessed depression using a minimum score of 16 on the Center for Epidemiologic Studies Depression Scale.

The average patient age was 55 years (range 20-86 years), and 53 percent of patients were female. The racial/ethnic breakdown of patients was 48 percent African-American, 29 percent non-Hispanic white and 16 percent Hispanic. Nearly equal numbers of patients reported being able to work (including those working full-time, part-time and unemployed) (49%) or being unable to work due to disability (51%). Most patients (85%) received radiation therapy as part of their cancer treatment.

Depression was diagnosed in 40 percent of the patients at this urban cancer center, which is roughly twice as large as the NCI estimate of 15 to 25 percent for the general cancer patient population. Moreover, depression was previously undiagnosed in three-fourths of these cases, meaning that roughly 30 percent of the patients at this cancer center suffered from undiagnosed and untreated depression.

Depression was more common among female patients (47%) than among male patients (32%) (odds ratio [OR] 1.9, p = 0.007) and among patients who were unable to work due to disability (48% vs. 33% of those able to work; OR 1.9, p = 0.005). NIMH statistics for the general U.S. adult population also point to a higher risk of depression for women and people with a disability, particularly among older adults. Depression prevalence did not differ significantly among racial/ethnic groups. Logistic regression was used to compare depression prevalence among the patient groups.

“Depression is widely recognized as an underdiagnosed disorder, particularly among older adults and cancer patients. Our findings point to a clear need for action including depression screening during initial and continuing patient visits, initiation of mental health treatments for identified patients and increased collaboration with mental health providers in cancer treatment centers. These efforts are particularly important for patients in urban centers, those who are female and those who are unable to work because of their disease,” said Dr. Domogauer.

The abstract, “Study of total and undiagnosed depression in a cancer patient population at an urban cancer center,” will be presented in detail during a news briefing and an oral abstract session at ASTRO’s 59th Annual Meeting in San Diego (full details below). To schedule an interview with Dr. Domogauer and/or outside experts, contact ASTRO’s media relations team on-site at the San Diego Convention Center, September 24 through 27, by phone at 703-286-1600 or by email at [email protected].

Resources on Cancer and Radiation Therapy