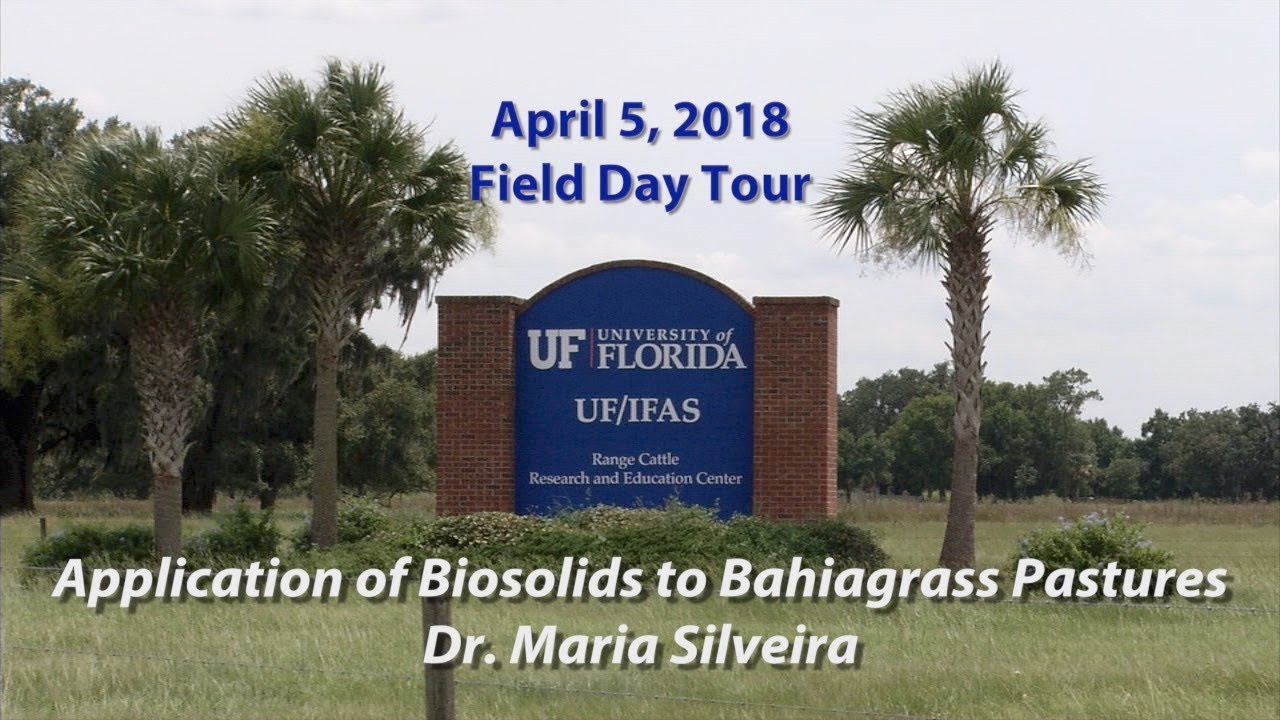 Biosolids are applied to bahiagrass plots in a study at the UF/IFAS Range Cattle Research and Education Center in Ona, Florida.

Newswise — GAINESVILLE, Fla. --- New research from University of Florida scientists found that some nutrients from inorganic fertilizers enter surface water more easily than those from biosolids.

Maria Silveira, a professor in the UF/IFAS department of soil and water sciences, led the study that collected runoff from a common pasture grass to determine its nitrogen and phosphorus content. Two types of fertilizers were applied to the grass – either biosolids, which is the organic material collected as a byproduct of treating wastewater, or commercially available inorganic fertilizers.

“Although we have seen that public perception remains uncertain about using biosolids to amend soils, this study reveals a positive attribute: biosolids-amended soils generally released the same amount of nitrogen and phosphorus as untreated soils,” Silveira said.

Silveira and her colleagues tested seven biosolids from different treatment facilities in Florida. They also tested two kinds of commercially available inorganic fertilizers. Each sample was put in a runoff box set up at the UF/IFAS Range Cattle Research and Education Center (REC) in Ona. This was performed indoors to control the rain simulation.

Each box was packed with approximately 20 pounds of soil. The surfaces were covered with transplanted bahiagrass, which is typically used for grazing livestock in the state. The soil and bahiagrass came from a site at the REC. Few studies evaluate the amount of phosphorus loss when fertilizers are applied on an established vegetative cover, like bahiagrass, Silveira said.

“Most biosolids are spread directly onto pastureland in Florida,” Silveira said. “Establishing a grass cover for the study was intended to better represent the soil cover conditions where biosolids application typically occurs.”

The experiment called for uniform surface-application of the biosolids and inorganic fertilizer. The first rainfall event occurred 48 hours after the biosolids or fertilizer(s) were applied to a runoff box. Researchers ran the experiment to mimic a one-hour rainfall based on a 25-year average in central Florida. Three simulations occurred on alternating days between March 26, 2018, and April 6, 2018. Each rainfall ended after 30 minutes of runoff was generated for each box.

“Findings from this study should be interpreted as ‘worst-case scenario,’” Silveira noted. “Such as when biosolids or fertilizer are applied to wet soils and then a heavy rainfall event immediately follows that application.”

She says research in the field with biosolids and commercial fertilizer is needed to better understand how nitrogen and phosphorus behave in sandy soils.

The research appears in the Journal of Environmental Quality.