19-Mar-2021 4:05 PM EDT, by University of Illinois at Urbana-Champaign
favorite_border 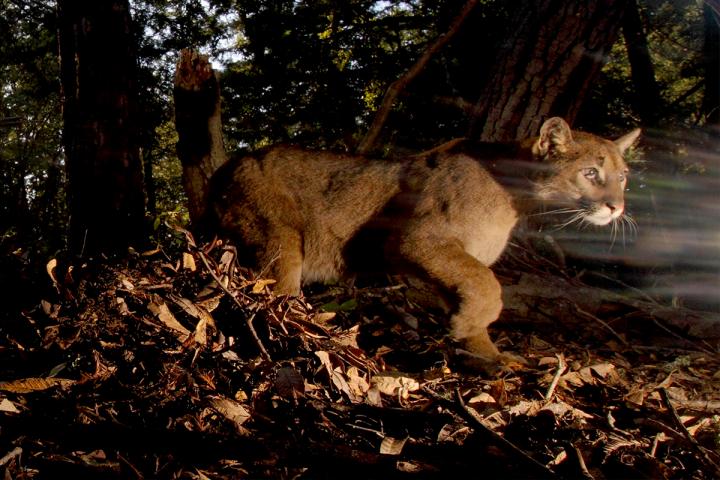 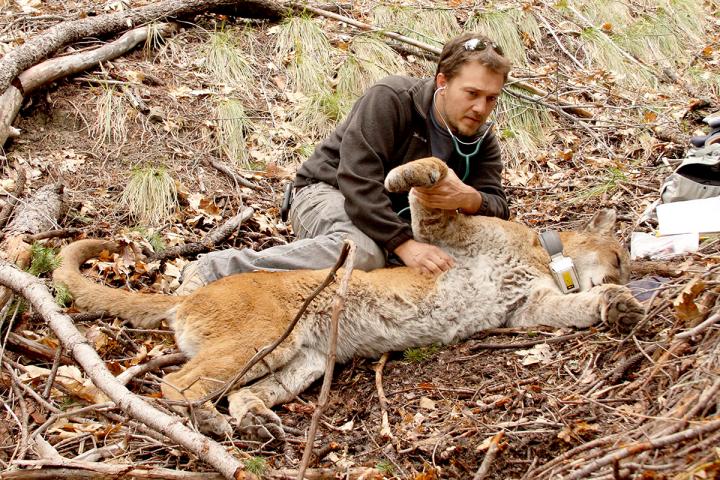 Illinois Natural History Survey wildlife ecologist Max Allen and his colleagues used GPS collars to track pumas and camera traps to observe how much they - and black bears - benefited from their kills. 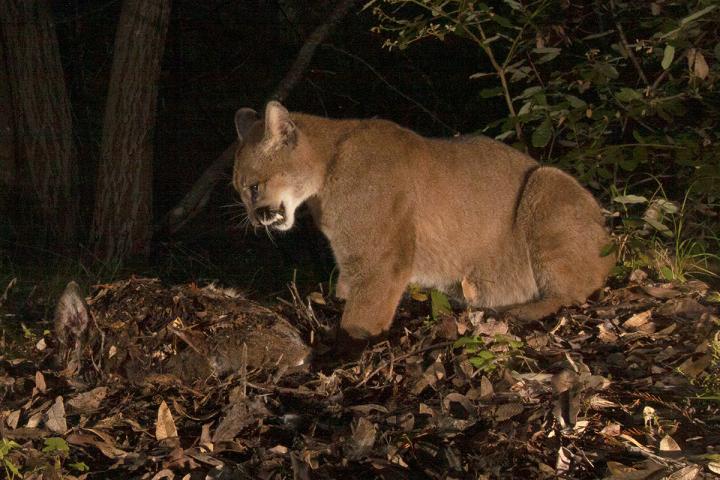 Pumas often bury their kills between feeding sessions to prevent loss of the meat to other carnivorous animals.

Newswise — CHAMPAIGN, Ill. -- A camera-trap study in the Mendocino National Forest in Northern California reveals that black bears are adept at finding and stealing the remains of adult deer killed by pumas. This "kleptoparasitism" by bears, as scientists call it, reduces the calories pumas consume in seasons when the bears are most active. Perhaps in response to this shortage, the pumas hunt more often and eat more small game when the bears are not in hibernation.

The findings are published in the journal Basic and Applied Ecology.

Pumas, also known as mountain lions or cougars, are apex predators, but this doesn't mean they can't be threatened by other carnivores, said study lead author Max Allen, a research scientist at the Illinois Natural History Survey who studies big cats and other carnivorous mammals.

"Bears are dominant scavengers, and their large body size means that they can take carcasses from apex predators," Allen said. He and his colleagues became interested in this phenomenon when they saw signs of bear scat and bear claw marks near puma kills.

The researchers used GPS collars to track seven pumas across a 386-square-mile territory over a period of two years. Whenever a puma made a kill, it would repeatedly visit or spend a lot of time at that location. The researchers visited those sites to document the type of animals the puma had killed and to look for signs of bears. They also set up camera traps at many of the kill sites to determine which animals were eating the remains.

The team documented 352 puma kills, of which 64 were animals other than deer. The smaller prey animals included dozens of squirrels, birds and rabbits, but also a coyote, two gray foxes, a fisher and two black bears. The pumas also went after fawns, which they can eat quickly, likely before a bear discovers them, Allen said.

The bears discovered kills of adult deer within about two days, cutting the pumas' feeding time at a deer carcass from 5-7 days in winter to about two days when the bears showed up.

The study found the highest frequency of puma kills ever reported. And the kill rate increased when bears were most active.

"There were only about 0.68 mountain lions per 100 square kilometers in our study area," Allen said. "An average number would be two to three. The average home range for a female in Santa Cruz is between 30 and 35 square kilometers. But in Mendocino it was over 200."

Despite the large territory available to them, pumas were not getting the full benefit of their kills. The amount they consumed varied month to month, from more than 190 pounds of meat in January, when bears were least active, to less than 110 pounds in April. Bear scavenging of adult deer carcasses was highest in the warmer months, but the researchers found evidence of bears at puma kills every month of the year.

"We found evidence to suggest that the bears are having an impact on pumas and how often they're killing deer," Allen said. "When a bear pushes a puma off of a carcass, the puma runs away, and the bear eats the deer. The puma then has to make another kill in order to get the energy it needs."

In the absence of black bears, pumas made a kill about once a week, Allen said.

"But in the presence of bears, they're killing every five to six days," he said. "They have to work harder, and they're getting less nutrition overall."

Caption: Illinois Natural History Survey wildlife ecologist Max Allen and his colleagues used GPS collars to track pumas and camera traps to observe how much they - and black bears - benefited from their kills.

Caption: Pumas often bury their kills between feeding sessions to prevent loss of the meat to other carnivorous animals.