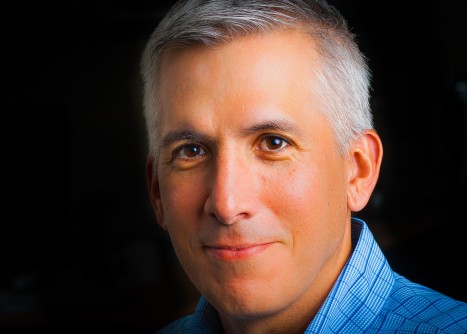 Results published in Biosecurity and Bioterrorism by Alexander Garza, M.D., MPH, former chief medical officer at the Department of Homeland Security and a team of researchers from Los Alamos National Lab reviewed the data from a series of experiments simulating a bioterrorism attack against the Pentagon. Garza is now the associate dean for public health practice and associate professor of epidemiology at Saint Louis University College for Public Health and Social Justice.

In 2005 and 2009, the Pentagon Force Protection Agency (PFPA) in order to simulate a deliberate attack, staged the release of a harmless bacteria that is biological similar to Bacillus anthracis, the bacteria that causes the disease anthrax. They then evaluated the local response procedures to such an attack. In conjunction with this exercise, the Department of Homeland Security ran its own experiments to test the efficacy of an air and surface sampling system known as BioWatch in detecting these biological agents in the environment.

In the experiments, multiple kilograms of benign material were released, which included a small portion of the anthrax simulant. The team collected samples of the air through several portable sampling units and had them analyzed at specialized laboratories.

“We were able to detect the biological organisms released several kilometers from where the agent was originally released,” Garza said. “We were not entirely surprised by the results. Since all of the modeling that had been done to date showed that air samplers should be able to detect these types of attack, what was missing was empirical evidence showing that these systems would work in real world conditions. We now have that evidence.”

“The traditional way to detect that someone has been exposed to a biological agent is to wait until a person becomes symptomatic and then hope that the clinician is able to correctly diagnose the patient,” Garza said, “which is exactly what happened during the anthrax attacks in 2001.”

Garza points out the problem with this approach is that once people become sick they are likely to die, which can potentially lead to significant casualties in a large-scale attack.

“This experiment confirmed that a biological attack could be detected earlier using air sampling which means public health would have more time to respond.”

Air sampling has been readily accepted for similar uses such as measuring for particulate matter, however using it to detect bacteria in biological terrorism was a new concept instituted after the 9/11 attacks. This type of sampling is now part of a sophisticated system used by the Department of Homeland Security and the Department of Defense.

However, in order for the system to work more efficiently in the real world, Garza believes the detection cycle, which currently takes between 12-36 hours, would need to produce results in a shorter time frame.

“The current process is labor-intensive and time-consuming. It takes a lot of manual labor and time to do the laboratory work,” he said.

Since it usually takes at least a couple of days for a person to show symptoms from a biological attack, Garza emphasizes the importance of an improved detecting system that would give officials more time to investigate and ramp up a medical response plan to save lives.

“If we can detect a dangerous pathogen in the environment at an earlier stage, we can quickly start planning the response procedure for it like distributing antibiotics,” Garza said. “The sooner we pick up clues, the sooner we can act and save more lives.” The Saint Louis University College for Public Health and Social Justice is the only academic unit of its kind among the nearly 250 Catholic institutions of higher education in the United States.