Up to 32 Wildlife Species Damaging Life and Property 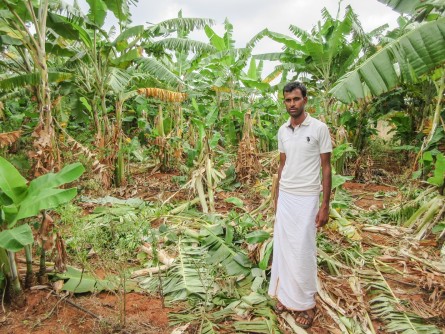 Newswise — Bengaluru, India (June 27, 2017) -- There is an urgent need to strengthen human-wildlife conflict management across India, as up to 32 wildlife species are damaging life and property in this nation of 1 billion people, according to a recent study published in the July 2017 edition of Human Dimensions of Wildlife.

The researchers are calling for the identification of effective prevention techniques, strengthening existing compensation schemes, and an open inclusive dialogue between local communities, governments, and conservationists.

The authors of the study, “History, Location, and Species Matter: Insights for Human–Wildlife Conflict Mitigation,”  are Dr. Krithi Karanth, conservation scientist with the Wildlife Conservation Society and Sahila Kudalkar, research associate with the Centre for Wildlife Studies.

Of the more than 5,000 households surveyed around 11 reserves in India, crops were lost by 71% of households, livestock by 17%, and human injury and death were reported by 3% of households.

Families near reserves in Karnataka and Madhya Pradesh were most likely to use mitigation. In recent years, these states have recorded high levels of damage by wildlife, and are among states that provide the highest compensation payments across India. In contrast, families in Rajasthan were least likely to protect crops and property.

Across wildlife reserves, people reported average crop losses amounting to INR 12,559 (US$194) , and INR 2883 (US$44)of livestock losses annually. Such losses constitute a significant chunk of India’s rural economy, where the majority of the population earns less than INR 5000 (US$77) per month.

Said Dr. Karanth: “Resolving human-wildlife conflict requires revisiting the goals of conservation policies and investments by people and organizations. This is especially true with respect to effort and money deployed associated with mitigation and protection. People may be better served by deploying early warning, compensation and insurance programs rather than by focusing heavily on mitigation.”

Said Sahila Kudalkar, “Combined with high poverty, and low awareness regarding government compensation, such families may be most vulnerable to impacts of wildlife damage upon their livelihoods.”