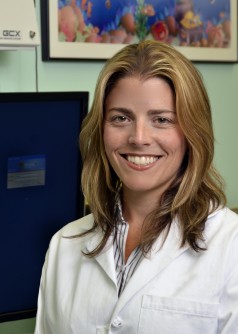 “BMP is frequently used off-label for pediatric spinal fusions, yet children rarely have difficulty forming robust bone at the site of spinal fusion. There is no proof that BMP improves the quality of spinal fusion in children and adolescents,” said lead study author Emily Dodwell, MD, MPH, a pediatric orthopedic surgeon at Hospital for Special Surgery (HSS), in New York City. “Although the rationale for using BMP is that it might improve bone healing and minimize the likelihood of further surgery, we found that BMP did not change the revision rate in children.”

BMPs are naturally occurring proteins found in the body that promote the formation of bone. They can be produced, concentrated, and used in various therapies to help bone heal or fuse. In the case of spinal fusion, they are placed around the spine to help healing. BMP is approved in adults for various indications including lumbar spine fusion. While BMP is not FDA approved in children, studies have shown that BMP is used off-label in up to 17 percent of pediatric spinal fusions, but little is known about whether it improves outcomes. Spinal fusion is one of the most common elective pediatric orthopedic surgeries.

To shed light on the issue, researchers at HSS turned to the Statewide Planning and Research Cooperative System (SPARCS) database for New York state. SPARCS is a comprehensive all payer data reporting system of all hospital admissions and ambulatory surgery cases performed in New York State, with the exclusion of those performed in Veterans Affairs facilities or other federal hospitals. They identified 7,312 children and adolescents who underwent spinal fusion between 2004 and 2014. Of this group, 6.7 percent received BMP. Use spiked between 2008 and 2010, when 8.7 percent received the product. BMP was more likely to be used in children who were older, white, and of a higher socioeconomic status.

“We didn’t find any improvement in mid to long-term outcomes,” said Dr. Dodwell. “While we didn’t find any serious mid- to long-term complications with the use of BMP, longer-term larger prospective studies would be needed to determine the safety and efficacy of BMP in children.” She thinks the study’s findings support caution in using BMP for spinal fusion in children.

The study also appears in the Journal of Pediatric Orthopedics (Jan 5. Epub ahead of print).