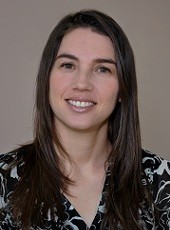 Newswise — When should a surgeon stop cutting? The answer can depend on whether a patient’s tissue does or does not contain cancer cells. This is the kind of question answered by a technique known as “intraoperative consultation by frozen section” – basically, a surgeon removes a small tissue sample, which is frozen and sent to a hospital’s pathology department for lightning-fast analysis. A pathologist examines the tissue and returns an answer to the surgeon, who may base surgery decisions on the results. In addition to this intraoperative consultation, part of the tissue sample is “fixed” for a more measured analysis, resulting in a final evaluation about 24 hours later.

A University of Colorado Cancer Center study published in the International Journal of Surgical Pathology explores the hospital procedures that lead to discrepancies between initial, intraoperative evaluation and the results of the final, less pressured examination.

“The first thing we found is that the rate of discrepancy between these two evaluations is very small. Even with an extremely low bar for what we called ‘discrepant’, in the vast majority of cases the final diagnosis confirmed the initial one,” says Sharon Sams, MD, MPH, investigator at the CU Cancer Center and assistant professor at the CU School of Medicine Department of Pathology. Specifically, the study evaluated 1,042 frozen sections, finding any difference between initial and final evaluation in 4.6 percent of cases.

“And in these 4.6 percent, it was even more rare to find any difference that could have affected treatment decisions,” Sams says.

Before earning an MD and choosing to specialize in pathology, Sams volunteered with the Peace Corps and then earned a Masters in Public Health, which she used to evaluate quality assurance concerns of challenged populations in West Virginia. It is this mix of pathology training with expertise in the quality assurance aspect of public health that allowed Sams to dig beneath the fact of these discrepancies and into their causes.

Working with Joshua Wisell, MD, Sams found that within a six month retrospective review, 54 percent of these discrepancies were due to “process” errors while 46 percent were due to “interpretation” errors. Overwhelmingly, the process errors were due to the challenge of selecting the correct area for sampling or were due to technical difficulties in freezing inherent to the tissue type. .

The goal was to discover trends that would allow pathologists at University of Colorado Hospital to further reduce already very low discrepancy rates.

“For example, we found that in gynecologic cancers, discrepancies were most often due to non-optimal samples and so we decided to start taking multiple, frozen samples during surgery. In brain surgeries, we found that most discrepancies were due to interpretation errors, which reinforces the importance of having a specialized neuropathologist available for consultation,” Sams says.

While Sams says that these specific findings may be unique to the hospital in which the study took place, she suggests that the process of discovering the causes of these discrepancies could be used elsewhere.

“Really, the number of discrepancies is so small in any hospital that I don’t see this kind of analysis dramatically transforming pathology practices. But it’s still useful to see where these discrepancies are coming from,” Sams says.

The study resulted in an initiative at University of Colorado Hospital to track intraoperative and final diagnoses in a database that allows streamlined comparison.

“Now instead of looking back retrospectively at years of data to discover the sources of these discrepancies, we have a tool that can show us these patterns much more quickly,” Sams says. “Even something we already do very well holds an opportunity to do it even better.”