Study Discovers Anticoagulant Drugs Are Being Prescribed Against Safety Advice 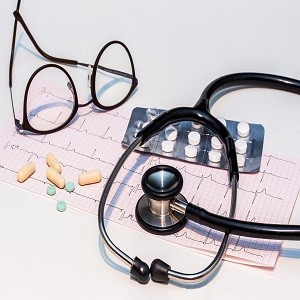 Study discovers anticoagulant drugs are being prescribed against safety advice

Newswise — A study by researchers at the University of Birmingham has shown that GPs are prescribing anticoagulants to patients with an irregular heartbeat against official safety advice.

The study, published in the British Journal of General Practice, was carried out by researchers at the University of Birmingham’s Institute of Applied Health Research.

Best practice guidelines recommend anticoagulant drugs such as warfarin are prescribed to patients with atrial fibrillation (AF), a heart condition that causes an irregular heartbeat.

First author Dr Nicola Adderley said: “These patients are at high risk of stroke and anticoagulant drugs greatly reduce the stroke risk as they make blood less likely to clot.

“However, because they reduce blood clotting, patients taking anticoagulant drugs are at risk of bleeding complications.

“Therefore, safety advice is to avoid anticoagulants in patients who have certain conditions such as a bleeding peptic ulcer, diabetic eye disease or a previous stroke caused by a bleed.”

The researchers reviewed patient records from 645 general practices over a 12-year period between 2004 and 2015. They found that AF patients with conditions making them a safety risk and those without safety risks were almost equally likely to be prescribed anticoagulants. The situation did not change over time.

Corresponding author Professor Tom Marshall said: “Our study shows that safety advice seems not to influence the prescribing of anticoagulants.

“We found that patients considered a safety risk were just as likely to be prescribed the drugs as those without safety risks, and this occurred in every year between 2004 and 2015.

“This has been happening and it is good news. But the sting in the tail is that more people who perhaps shouldn’t be on anticoagulants are also taking them: about 38,000 nationally.

“We need to understand the reasons for this and whether patients might come to any harm.”

The study was funded by the NIHR CLAHRC West Midlands initiative