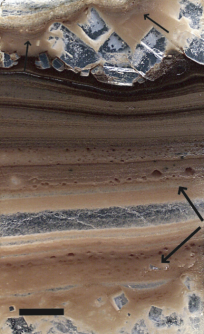 Newswise — BINGHAMTON, NY – Ancient climates on Earth may have been more sensitive to carbon dioxide than was previously thought, according to new research from Binghamton University.

A team of Binghamton University researchers including geology PhD student Elliot A. Jagniecki and professors Tim Lowenstein, David Jenkins and Robert Demicco examined nahcolite crystals found in Colorado’s Green River Formation, formed 50 million years old during a hothouse climate. They found that CO2 levels during this time may have been as low as 680 parts per million (ppm), nearly half the 1,125 ppm predicted by previous experiments. The new data suggests that past predictions significantly underestimate the impact of greenhouse warming and that Earth’s climate may be more sensitive to increased carbon dioxide than was once thought, said Lowenstein.

“The significance of this is that CO2 50 million years ago may not have been as high as we once thought it was, but the climate back then was significantly warmer than it is today,” said Lowenstein.

CO2 levels in the atmosphere today have reached 400 ppm. According to current projections, doubling the CO2 will result in a rise in the global average temperature of 3 degrees Centigrade. This new research suggests that the effects of CO2 on global warming may be underestimated.

“Take notice that carbon dioxide 50 million years ago may not have been as high as we once thought it was. We may reach that level in the next century, and so the climate change from that increase could be pretty severe, pretty dramatic. CO2 and other climate forcings may be more important for global warming than we realized.”

The only direct measurement of carbon dioxide is from ice cores, which only go back less than 1 million years. Lowenstein and his team are trying to develop ways to estimate ancient carbon dioxide in the atmosphere using indirect proxies. He said that their approach is different than any ever undertaken.

Lowenstein wants to look at nahcolite deposits in China to confirm the results found in Colorado.

The study, “Eocene atmospheric CO2 from the nahcolite proxy,” was published Oct. 23 in Geology. 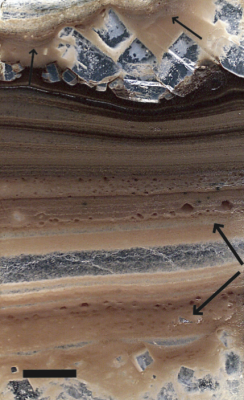