Study Examines Fate of Firms with Initial Public Offerings in 1996 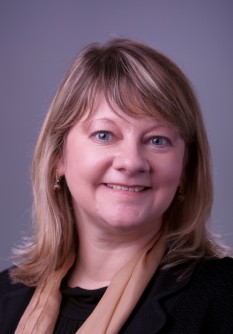 Newswise — Twenty years after the largest number of initial public offerings in one year took place, a new study from The University of Alabama’s Culverhouse College of Commerce and Business Administration explores what happened to the 1996 IPO companies to identify lessons from their successes and failures for businesses considering a public offering in the future.

“We found that structural cohesion was key in differentiating winners in the IPO world,” said Dr. Theresa M. Welbourne, the Will and Maggie Brooke Professor in Entrepreneurship.

“Since so many companies do not survive the transition from private to public, companies should focus on strengthening employee-generated cohesion, which provides IPOs and other entrepreneurial growth firms with the internal strength needed to successfully maneuver high rates of change.”

The study examined 802 firms, and only 100 of those were “alive” as of Dec. 31, 2016. The alive designation is given to companies that were still in business at the end of December 2016 and also were trading in their original company form.

The sample includes 280 tech companies; 24 of those were still alive by the end of 2016. The study showed that 76 of the additional 522 non-tech companies were still in business 20 years later.

UA was awarded a grant from the Ewing Marion Kauffman Foundation to conduct a large-scale study on the lives of 802 companies that filed IPOs in 1996.

Wellbourne, who runs the study, has conducted research on IPOs and business growth for more than  20 years.

“Finding out what happened to these firms is only phase one of the learning from this research,” she said. “We think that the lessons from this body of work will help other businesses that go public, as well as those that stay private and grow via other avenues, such as private equity, self-funded growth, organic growth and mergers.

“This study focuses on lessons to help sustain growth in any business.”

These alive firms were not acquired or bankrupt and were still trading on a major stock exchange (most on NASDAQ although some were on NYSE and AMEX). The study found that 485 of the businesses were acquired. Of those, 237 were growth mergers (stock was going up before the acquisition), while 248 were distressed mergers (performance and stock going down before acquisition).

The 100 alive companies include names of firms that many would recognize. The most recently acquired Yahoo (still alive in its own form at the end of December 2016) was part of the class of 1996, which also includes such companies as E-Trade, Revlon and Abercrombie and Fitch. The complete list of 100 existing firms is available in the preliminary report.

Although not often discussed, the IPO process brings significant cultural change. For example, when moving from being private, where open communication is often a significant strength, to overnight being in a much more controlled communication environment, relationships are tested.

Being public means openness and sharing data cannot be done as it was in the past. This change reduces the structural cohesion that often helped build these firms, and some companies do better than others in managing these changes.

Welbourne notes that “the research is uncovering the healthy habits of the alive 100 initial public offerings.”

“The Kauffman Foundation is interested in not just how to start a business but also what it takes to sustain and grow companies,” said Derek Ozkal, program officer at the Kauffman Foundation. “We need to identify barriers to growth so entrepreneurs who bring their ideas to reality can achieve uncommon things.”

“This type of knowledge is key to teaching entrepreneurship and challenging future leaders in the college,” said Dr. Kay Palan, dean of The Culverhouse College of Commerce and Business Administration.

“Our business school students, whether undergraduate or graduate, are learning more about entrepreneurship and growth because they are interested in choosing work with companies that will provide them with opportunities to grow their own careers and innovate,” she said.

“With our investment in an incubator and accelerator, The Edge, in addition to coursework and new learning experiences for students, we have a vested interest in learning ways to help the entrepreneurs and business leaders who are part of our overall business community.

“This research provides our stakeholders with new knowledge that they can use to build their businesses as well as our communities.”

About the Culverhouse College of Commerce and Business Administration

Dating back to 1919, the Culverhouse College of Commerce and Business Administration is home to over 8,700 undergraduate, masters, and doctoral students. The College has been continuously accredited by The Association to Advance Collegiate Schools of Business, or AACSB, since 1929, and its School of Accountancy was among the first programs in the U.S. to achieve separate accreditation in 1981. The College is home to several centers and institutes focused on economic development, and it coordinates entrepreneurship efforts on campus and in the community through the Alabama Entrepreneurship Institute and The Edge.