Study Explains Why Sense of Touch Varies Among Individuals 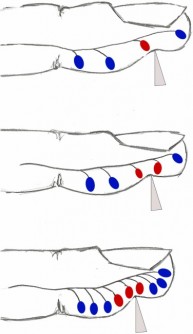 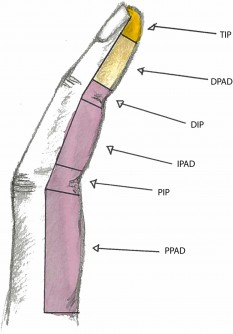 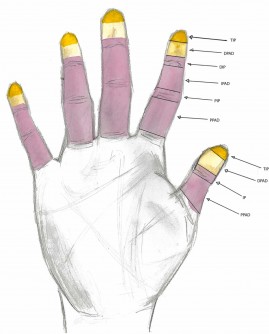 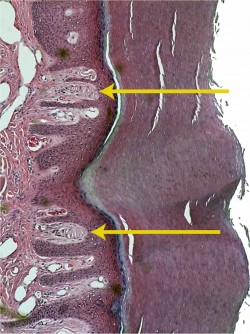 An example of a histological image used in this study, with Meissner’s corpuscles indicated with yellow arrows.

New anatomy research from New York Institute of Technology College of Osteopathic Medicine (NYITCOM) may explain why some individuals are more sensitive to tactile sensations than others.

As one of the five senses, touch allows the human brain to collect sensory data about the external environment, with specialized nerve receptors detecting different sensations. For example, while some nerve receptors in the fingers detect pressure, others sense temperature or pain. Meissner's corpuscles are specialized receptors that detect light touch and pressure in the fingers, providing the acute sensitivity to read Braille text, play piano, and grip objects, among other tactile activities.

While some people are more sensitive to tactile sensory cues than others, little is known about how the distribution of Meissner's corpuscles varies between individuals, fingers on the same hand, or even the different regions of the fingers themselves. In addition, body donor studies that thoroughly sample the distribution of Meissner's corpuscles in the hand are extremely rare and studies in living people utilize less invasive techniques, such as biopsy, which have limited accuracy.

Now, a new study published in the Annals of Anatomy, authored by evolutionary biologist Brian Beatty, Ph.D., associate professor of anatomy, and NYITCOM alumnus Joseph Ciano (D.O. ’16), suggests that variations in the distribution of Meissner's corpuscles may explain why some people are more sensitive to tactile sensory cues.

Under a microscope, the researchers analyzed skin tissue from the right hand of 16 cadavers. Ciano, who was a student at the time of the research, documented the number of Meissner's corpuscles present in each finger, finger region (based on distance from the palm), and total number in each individual’s hand.

While the number of Meissner's corpuscles varied little between fingers on the same hand, the fingertips had significantly higher quantities than other regions, such as the finger pads or interphalangeal joints. In addition, the number varied greatly between individuals, suggesting that those with more receptors may have exhibited greater tactile sensitivity, which would have been advantageous for activities such as playing the piano or sculpting art. In contrast, those with fewer Meissner's corpuscles may have exhibited less tactile discernment, which could have impacted their grip and dexterity.