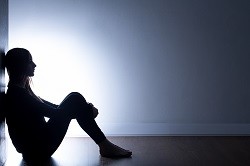 Newswise — A so-called meta-analysis of reports on more than 4,000 patients suggests that almost one in three people discharged from hospital intensive care units (ICUs) has clinically important and persistent symptoms of depression, according to researchers at Johns Hopkins Medicine. In some patients, the symptoms can last for a year or more, and they are notably more likely in people with a history of psychological distress before an ICU stay, the investigators say.

The prevalence of depressive symptoms in this population, described in the September issue of the journal Critical Care Medicine, is three to four times that of the general population, says study coauthor O. Joseph Bienvenu, M.D., Ph.D., associate professor of psychiatry and behavioral sciences at the Johns Hopkins University School of Medicine. “Not only can people with depression have slower physical recovery, but they also experience financial strain because they often cannot return to work and their caregivers must stay home with them,” Bienvenu says.

Psychological symptoms occurring before an ICU stay and psychological distress experienced during the ICU stay or hospitalization were risk factors most associated with depressive symptoms after hospital discharge, the review found.

“It’s very clear that ICU survivors have physical, cognitive and psychological problems that greatly impair their reintegration into society, return to work and being able to take on previous roles in life,” says senior study author Dale Needham, M.D., professor of medicine at the Johns Hopkins University School of Medicine.

“If patients are talking about the ICU being stressful, or they’re having unusual memories or feeling down in the dumps, we should take that seriously. Health care providers, family members and caregivers should pay attention to those symptoms and make sure they’re not glossed over,” says Needham. More than 5 million patients in the United States are admitted to ICUs each year, he says. For the study, the investigators searched five electronic databases to look for studies of depression after ICU stays that were conducted from 1970 through March 13, 2015. Studies included in this research evaluated survivors older than 16 and assessed for depressive symptoms after hospital discharge. Ultimately, the investigators focused on 42 reports composed of 4,113 patients, who were assessed for depressive symptoms generally between one and 12 months after ICU discharge. The studies included male and female patients of varying ages; 14 studies were conducted in the United Kingdom, and 10 were conducted in the United States.

The most common measurement of depressive symptoms (in 22 of the studies) was the depression subscale of the Hospital Anxiety and Depression Scale (HADS-D), a questionnaire that researchers commonly use to assess anxiety and depression. The depression subscale determines the level of depressive symptoms a person is experiencing based on a 0 to 21 score, with a score of 0 to 7 being normal, 8 to 10 being mild, and 11 or greater being moderate to severe.

Psychological symptoms that existed before ICU stay were strongly associated with depressive symptoms after ICU discharge, as was the presence of psychological distress symptoms experienced in the ICU or hospital, including anger, nervousness and acute stress symptoms, such as emotional detachment or flashbacks. By contrast, patient age, severity of illness, ICU or hospital length of stay, and duration of sedation were not associated with depressive symptoms. Depressive symptoms were correlated with greater anxiety and post-traumatic stress disorder symptoms, and with worse quality of life.

Physical rehabilitation after hospital discharge was assessed in three of the studies reviewed and found to be potentially beneficial. Use of an ICU diary, assessed in two studies, was not associated with significant reduction in depressive symptoms, nor was a nurse-led ICU follow-up clinic, assessed in one study.

“Identifying patients with pre-existing psychological comorbidity and psychological distress symptoms in the hospital may help maximize identification of depression and early intervention efforts,” says lead study author Anahita Rabiee, M.D., a former Johns Hopkins researcher and now an internal medicine resident at Yale School of Medicine. “And, given the strong relationship of depression with anxiety and PTSD symptoms after critical illness, patients who screen positive for depression should be evaluated for a full spectrum of psychological symptoms.”

But the researchers caution that in this study, depressive symptoms were assessed using questionnaires in all but two studies, most of which have not been rigorously evaluated for their performance in ICU survivors. Another limitation of the study was that there was substantial statistical heterogeneity, and the existing data do not clarify whether depressive symptoms are the result of critical illness, or if post-ICU depressive symptoms mainly reflect illness before ICU admission or are a result of hospitalization.

This work was supported by the National Heart, Lung, and Blood Institute under grant number R24HL111895.