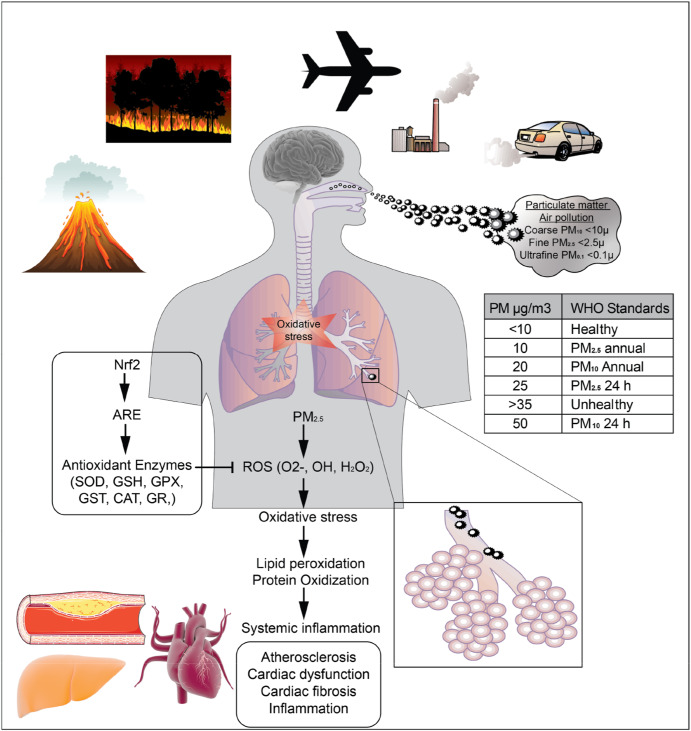 Newswise — ATLANTA — New, late-breaking research discovered that there are significant associations between anti-citrullinated protein bodies (ACPA), a characteristic biomarker for rheumatoid arthritis (RA), and industrial emissions of fine particles matter and sulfur dioxide. This study will be presented at the 2019 ACR/ARP Annual Meeting (Abstract #L02).

RA is the most common type of autoimmune arthritis. It is a chronic disease that causes joint pain, stiffness, swelling and decreased movement of the joints. Small joints in the hands and feet are most commonly affected, though sometimes RA can affect other organs. ACPA is a specific marker of RA and can predate clinical manifestations by months or years.

There are very few studies studying the connection between air pollutants and rheumatic disease. However, emerging research suggests that exposure to air pollution may stimulate inflammation and trigger autoimmune responses which could favor the development of RA and other systemic autoimmune rheumatic diseases. However, previous studies of ACPA and air pollution were relatively small and studied individual, and not mixed, emissions. This led the authors of this current study to investigate the association between individual and combined exposures to industrial sulfur dioxide (SO2), nitrogen dioxide (NO2) and fine particles matter (PM2.5) on ACPA.

“With the lack of research on air pollution and rheumatic disease, there are many gaps that need to be filled. Our study is one of the few that looked at antibody positivity, which appears to be heightened by air pollution exposures,” said Sasha Bernatsky, MD, a rheumatologist, epidemiologist, and a James McGill professor of medicine at McGill University in Quebec; and the study’s lead author. “We applied sophisticated approaches to accurately estimate exposure to industrial air pollutants, and we quantified how different contributions of the individual air pollutants impact antibody positivity, which is more representative of how people are exposed to multiple, correlated air pollutants.”

For this observational study, the researchers used CARTaGENE, a large population-based databank and biorepository in Quebec, to see whether air pollution levels were associated with ACPA, which occurs before RA symptoms appear. ACPA levels were determined for 7,600 randomly selected CARTaGENE patients. Industrial SO2, NO2 and PM2.5 concentrations, estimated by the California Puff atmospheric dispersion model, were assigned based on residential postal codes at the time of the collection. Single-exposure logistic regressions were performed for ACPA positivity defined with adjustments for age, sex, French Canadian origin, smoking, and family income. Associations between regional overall PM2.5 exposure and ACPA positivity were also investigated. The associations between the combined three industrial exposures and the ACPA positivity were assessed by weighted quantile sum regressions

The study found positive associations between ACPA and industrial emissions of PM2.5 and SO2, suggesting that PM2.5 may be the strongest trigger for antibodies like ACPA.

“The current research takes into account the fact that individuals are exposed to a mixture of air pollutants by using novel statistical approaches. In the end, when it comes to effects on the immune system, it may be that PM2.5 is the primary culprit,” Dr. Bernatsky said. “With the increasing evidence of the adverse health effects from air pollution, healthcare providers should be prepared for questions form patients regarding what they can do to limit harm. Health researchers should also continue to investigate and monitor the health effects of air pollution, in order to help policymakers, improve the health of populations.”

Bernatsky will discuss the details of this study at a press conference on Tuesday, Nov. 12 at 8:00 a.m.

About the ACR/ARP Annual Meeting

The ACR/ARP Annual Meeting is the premier meeting in rheumatology. With more than 450 sessions and thousands of abstracts, it offers a superior combination of basic science, clinical science, tech-med courses, career enhancement education and interactive discussions on improving patient care. For more information about the meeting, visit https://www.rheumatology.org/Annual-Meeting, or join the conversation on Twitter by following the official #ACR19 hashtag.

About the American College of Rheumatology

The American College of Rheumatology (ACR) is an international medical society representing over 8,500 rheumatologists and rheumatology health professionals with a mission to empower rheumatology professionals to excel in their specialty. In doing so, the ACR offers education, research, advocacy and practice management support to help its members continue their innovative work and provide quality patient care. Rheumatologists are experts in the diagnosis, management and treatment of more than 100 different types of arthritis and rheumatic diseases.

Results: Significant associations between individual and combined industrial exposures and ACPA positivity (defined by the 20 U/ml and 40 U/ml thresholds) were seen with both single-exposure logistic and multi-exposure WQS regression models, for industrial emissions of PM2.5 and SO2, without clear associations for NO2. The WQS model suggested that industrial PM2.5 may have a stronger effect than the other exposures.

Conclusion: We noted positive associations between ACPA and industrial emissions of PM2.5 and SO2. Industrial PM2.5 exposure may play a particularly important role in this regard.