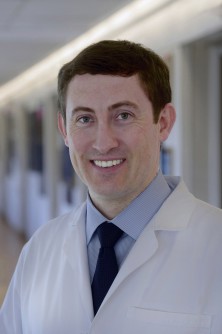 Newswise — When looking for a doctor, many consumers turn to websites that post physician ratings and reviews. A study at Hospital for Special Surgery (HSS) found a discrepancy between doctor reviews provided by hospital websites and those posted on independent physician rating websites such as Healthgrades.com and Vitals.com.

Investigators found a much higher number of reviews and more favorable physician ratings overall on the hospital websites. The research was presented today at the American Academy of Orthopaedic Surgeons Annual Meeting in New Orleans. The study was also published in the journal Orthopedics in August 2017. Consumer-driven healthcare and an increasing emphasis on quality measures have encouraged patient engagement in the rating of doctors and the care they provide. Independent commercial physician rating websites such as Healthgrades.com have become a popular outlet for patients to express their satisfaction or dissatisfaction.

A number of hospitals and medical practices have also started to publicly report the results of their own patient satisfaction surveys, which are often administered by a third party such as Press Ganey.

“The purpose of our research was to compare overall patient satisfaction ratings for orthopedic surgeons derived from hospital surveys with those posted on commercial physician rating websites. We also sought to determine which physician characteristics resulted in higher ratings,” explained Bradford Waddell, MD, an orthopedic surgeon at Hospital for Special Surgery.

The hospital surveys were administered at the time of the office visit or sent to randomly selected patients by email or regular mail. Independent third parties experienced in the creation and evaluation of health care surveys were used by most hospitals to gather the information. Patient response rates ranged from 18 percent to 30 percent. Most institutions required a minimum of 30 ratings within the past 12 to 18 months for the physician’s ratings to be made public.

For each orthopedic surgeon, the type of institution (academic setting versus private practice), sex, years in practice, geographic location and subspecialty training were recorded. The number of individual survey questions ranged from 6 to 20, depending on the institution, and most included questions on communication, trust in provider decision-making, time spent with the patient and willingness to recommend the physician to others. At all of the hospitals, an overall physician rating was reported on a scale of 1 to 5, with 5 as the highest rating.

Most of the institutions had a stated policy of publishing all physician ratings, including negative reviews and comments, as long as no offensive, profane, or slanderous remarks were made and there was no violation of patient privacy or confidentiality.

Researchers compared the ratings reported for each doctor posted on the hospital websites with the physician’s ratings on four commercial websites: Healthgrades.com, Vitals.com, RateMDs.com and UCompareHealthCare.com.

“Compared to commercial ratings websites, we found that provider-initiated patient satisfaction surveys yielded a higher number of ratings for each doctor, higher average patient satisfaction scores and a lower percentage of negative comments,” said Alexander McLawhorn, MD, an orthopedic surgeon at HSS. “We saw a small association between increased years in practice and the likelihood of a negative rating, while academic practice settings and those in the Northeast had a lower percentage of negative comments.”

“While hospital surveys are distributed to patients who received care from a specific doctor, ratings on sites such as Healthgrades and Vitals are often anonymous, and you really don’t know who is posting a review,” Dr. Waddell noted. “We believe hospital surveys filled out by patients provide data of a higher quality and are a better indication of patient satisfaction.”

Feedback from patients can also provide valuable information to physicians, according to Dr. Waddell, who believes increasing the use and reporting of patient satisfaction surveys could benefit the orthopedic community. “In contrast to a limited number of random online reviews, health care provider surveys can gain insights from a much larger population of patients. The more information we have, the more we can improve patient care.”

About HSS | Hospital for Special Surgery

HSS is the world’s leading academic medical center focused on musculoskeletal health. At its core is Hospital for Special Surgery, nationally ranked No. 1 in orthopedics (for the eighth consecutive year) and No. 3 in rheumatology by U.S. News & World Report (2017-2018). Founded in 1863, the Hospital has one of the lowest infection rates in the country, and was the first in New York State to receive Magnet Recognition for Excellence in Nursing Service from the American Nurses Credentialing Center four consecutive times. An affiliate of Weill Cornell Medical College, HSS has a main campus in New York City and facilities in New Jersey, Connecticut and in the Long Island and Westchester County regions of New York State.

In 2017 HSS provided care to 135,000 patients from 80 countries, and performed more than 32,000 surgical procedures. In addition to Patient Care, HSS leads the field in research, innovation, and education. The HSS Research Institute comprises 20 laboratories and 300 staff members focused on leading the advancement of musculoskeletal health through prevention of degeneration, tissue repair, and tissue regeneration. The HSS Innovation Institute was formed in 2015 to realize the potential of new drugs, therapeutics and devices; the global standard total knee replacement was developed at HSS in 1969, and in 2017 HSS made 130 invention submissions (more than 2x the submissions in 2015). The HSS Education Institute provides continuing medical curriculum to more than 15,000 subscribing musculoskeletal healthcare professionals in 110 countries. Through HSS Global, the institution is collaborating with medical centers worldwide to advance the quality and value of care, and to make world-class HSS care more accessible to more people.