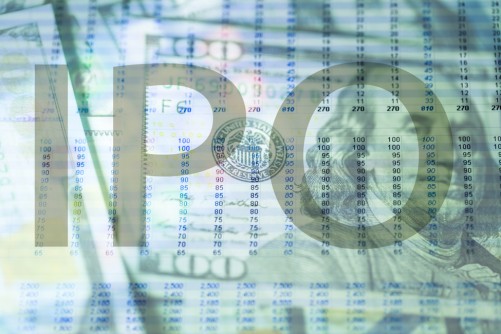 Newswise — Firms that are planning to go public may want to consider a two-stage Initial Public Offering to reduce underpricing and volatility of the stock, according to research by faculty at Florida Atlantic University’s College of Business.

The new study, published by the Journal of Financial Intermediation, examines the effects on IPO uncertainty created by an alternative going public mechanism – the two-stage IPO, where a firm first gets quoted on the over-the-counter (OTC) stock market, and then upgrades to a national exchange where it first issues public equity.

Researchers from FAU, the University of Wisconsin-Milwaukee and the U.S. Securities and Exchange Commission found that a two-stage IPO firm experiences lower underpricing and return volatility than does a similar traditional IPO firm. Their study is the first to analyze the impact of U.S. pre-IPO disclosure and liquidity on levels of uncertainty and pricing at the IPO stage. They found that greater disclosure and liquidity during the first stage leads to greater reduction in IPO uncertainty.

“We know that when a firm goes public the underwriters underprice the initial public offering to ensure that all the shares will sell and the underwriter doesn’t get stuck with them,” said Rebel Cole, Ph.D., author of the study and the Kaye Family Endowed Professor in Finance at FAU. “So, if you can minimize that initial underpricing that could be millions if not tens of millions of dollars more for the firm.”

“If you can knock even a few percent off the underpricing, that’s millions of dollars of extra proceeds that go to the company and ultimately the founders that otherwise basically gets left on the table for investors,” said Cole.

A two-stage IPO lowers underpricing by reducing informational asymmetry, which occurs in transactions where one party has more or better information than the other.

“Investors don’t know as much about the quality of the firm as do the managers,” Cole said. “If the managers can signal or convey that information to investors then they’ll be more comfortable, as will the underwriters, and will be willing to price in less of a discount when they go public.”

Two-stage IPOs began to pick up following the recovery from the last recession, said Cole, noting that the phenomenon has occurred not only in the U.S., but in the United Kingdom and Taiwan as well.

When firms go on the OTC market, Cole explained, they don’t conduct public equity offerings. But they are traded, and they typically file disclosures that are made public. The median time from the firms’ first disclosure on the OTC market to upgrading to a national exchange is about four years. A two-stage IPO is particularly appealing to firms that cannot afford the direct cost of an IPO early in their lifespan, Cole said.

“This allows firms to have their shares priced by the market, but more importantly it allows a stream of information to be disseminated by the firms prior to going the traditional IPO path and issuing equity on the NASDAQ or the New York Stock Exchange or American Stock Exchange,” Cole said. “Then, when they do, there’s less underpricing.”