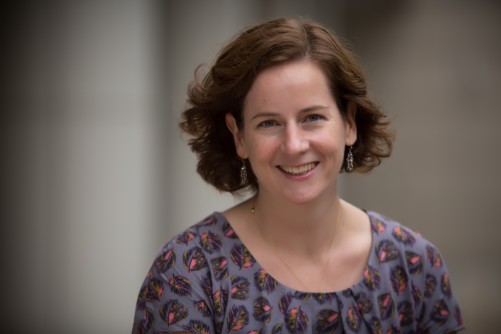 Newswise — CHAPEL HILL -- Younger women who have recently had a child may have a higher risk of breast cancer than their peers of the same age who do not have children, according to a large-scale analysis co-led by a University of North Carolina Lineberger Comprehensive Cancer Center researcher.

The findings, published in the Annals of Internal Medicine, may seem contrary to conventional wisdom that childbirth is protective against breast cancer. Researchers say childbirth still does become protective, but it can take more than two decades for benefits to emerge. Breast cancer is more common in older women, with the median age of 62 at diagnosis in the United States. Researchers who led the study from the Premenopausal Breast Cancer Collaborative Group identified elevated breast cancer risk after childbirth in women younger than 55.

Other studies have shown an increase in breast cancer risk in younger women after childbirth, but have not had access to information about other factors that might impact risk, such as breastfeeding or family history of breast cancer, researchers said. For their analysis, researchers pooled data from 15 prospective studies from the around the globe that included 889,944 women. In addition to looking at breast cancer risk after childbirth, they also evaluated the impact of other factors, such as breastfeeding and a family history of breast cancer.

They found that, in women 55 years and younger, breast cancer risk peaked about five years after they gave birth, with risk for mothers 80 percent higher compared with women who did not give birth. Twenty-three years after giving birth, women saw their risk level off, and pregnancy started to become protective. The increased risk after childbirth was higher for women who also had a family history of breast cancer or who had a greater number of births or were older at first birth.  The pattern looked the same whether or not women breastfed.

“We need to recognize that the traditional risk factors for breast cancer do not always operate the same way at younger ages,” Nichols said.

“There are many ongoing studies that are trying to improve our ability to do breast cancer risk prediction on the individual level,” Nichols said. “This is one piece of evidence that can be considered for building new prediction models.”

In addition, the study could lead to greater breast cancer awareness among young mothers and medical providers.

“We want women and their doctors to not assume that recently having a child is always protective for breast cancer,” Nichols said.

The study was supported by the Avon Foundation, Breast Cancer Now and the United Kingdom National Health Service funding to the Royal Marsden/ICR NIHR Biomedical Research Centre, The Institute of Cancer Research, London, the National Institute of Environmental Health Sciences, the National Cancer Institute, the U.S. National Center for Advancing Translational Sciences, the National Program of Cancer Registries of the Centers for Disease Control and Prevention, the Department of Energy, the Swedish Research Council and Swedish Cancer Foundation, the Japanese Ministry of Health, Labour and Welfare, the Hellenic Health Foundation, Karolinska Institutet Distinguished Professor Award, Cancer Council Victoria and the Australia National Health and Medical Research Council, the state of Maryland, and the Maryland Cigarette Restitution Fund.