HSS study shows success even in patients with complicated cases. 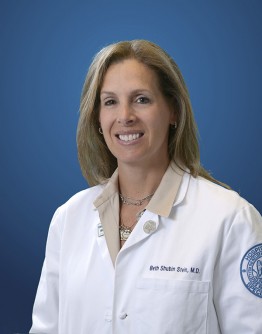 However, it was previously unknown if this procedure is effective for people with trochlear dysplasia. Those who have recurrent patellofemoral -- or kneecap -- instability have a high incidence of trochlear dysplasia, the most common bony problem.

A new study from Hospital for Special Surgery (HSS), shared at this year’s annual meeting of the American Academy of Orthopaedic Surgeons (AAOS) on March 16, seeks to determine if isolated MPFL reconstructions work for patients with trochlear dysplasia, sparing these patients larger more complicated bony procedures. It was a retrospective review of 105 patients who underwent MPFL reconstructions with Beth E. Shubin Stein, MD, sports medicine surgeon at HSS, with a 10 year follow up.

The study found high patient outcomes scores (87.2 on the Kujala Anterior Knee Pain Scale) and a high return to sports at one year (89 percent of those who participated in sports preoperatively). There was a 97 percent success rate; only 3 patients reported a postoperative dislocation.

“As surgeons, we like to do the least invasive surgery possible to fully fix the problem,” said Dr. Shubin Stein, lead investigator. “With this study, we found that MPFL reconstruction is a safe and effective treatment for patients with patellofemoral instability even if in patients that have trochlear dysplasia.”

In addition to MPFL reconstructions (a soft tissue procedure), surgeons can also perform a tibial tubercle osteotomy or trochleaplasty (both bony procedures) to regain stability in a patellar dislocation.

Both soft tissues and bony constraints maintain patellofemoral stability together. As such, surgeons in the past were sometimes reluctant to only perform a soft tissue procedure since it doesn’t address the bony pathology that may also contribute to the instability.

“Equally as important, we showed that this technique can be done in patients who might previously be advised to undergo a bony procedure such as tibial tubercle osteotomy or trochleoplasty, which can be high risk surgeries,” added Dr. Shubin Stein.