Male survivors are significantly less likely to have children, however 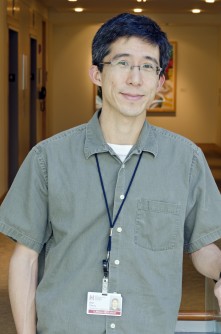 Journal in which the study will be published: The Lancet Oncology

Newswise — Bottom line / takeaway message: A new study examines fertility issues in male and female childhood cancer survivors who had received chemotherapy. The study found that while most female survivors still have a good chance of conceiving, male survivors are significantly less likely to father children.

Background: The effect of many contemporary chemotherapeutic drugs on pregnancy and live birth is not well established. The researchers aimed to establish the effects of these drugs on pregnancy in male and female survivors of childhood cancer who were not exposed to pelvic or cranial radiation therapy.

How the study was conducted: The study involved 10,938 childhood cancer survivors and, for comparison purposes, 3,949 siblings for a median follow-up of eight years.

Author quote: “The fact that women in this study are doing pretty well is really positive news. We were happy to see that there was as little difference as there was. The group of female survivors that seemed to have a more noticeable decrease in pregnancy rates compared with siblings were those who reported their first pregnancy between the ages of 30 to 45,” said Dr. Eric Chow, the paper’s first and corresponding author.

Takeaway for women: “We’re not saying women who had cancer during childhood have to have kids early but that people need to be aware. Other studies suggest that women treated for cancer during childhood may still be at higher risk of earlier menopause. The general take home for women who had cancer as children is if they want to have kids, it’s probably not a bad idea to talk with a reproductive fertility specialist earlier rather than later, especially if they’re thinking about delaying childbirth to their mid- or late 30s,” Chow said.

Takeaway for men: “We would strongly encourage teenage boys and young men going through treatment to bank their sperm if possible if they’re going to be exposed to any of the drugs we studied.”

Funding and disclosures: The work was funded by the National Cancer Institute, U.S. National Institutes of Health (grant numbers CA55727, CA151775 and CA21765), and the American Lebanese-Syrian Charities. The authors declare no competing interests.

Photos/images: A photo of Dr. Eric Chow is available upon request.

Copy of paper: A copy of the embargoed The Lancet Oncology paper is available upon request.