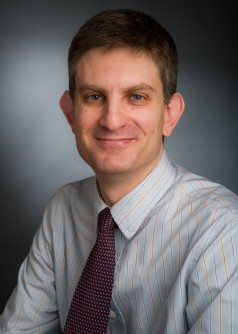 The discovery of these markers – along with four that were previously identified is important for several reasons, said Brian Wolpin, MD, MPH, first author of the report published online by Nature Genetics. One is that further study of these DNA variants may help explain on the molecular level why some people are more or less susceptible to pancreatic cancer than the average person. A second is the potential to identify people at increased risk who then might be candidates to undergo MRI or ultrasound scanning to look for early, treatable pancreatic tumors.

“Currently there is no population screening program for pancreatic cancer, which in 80 percent of cases is discovered when it’s too late to allow curative surgery – the cancer has already spread,” said Wolpin.

The only healthy individuals currently screened for pancreatic cancer are members of high risk families due to multiple family members with pancreatic cancer. “But the field has been struggling to find factors that can identify people at highest risk in the general population, when a strong family history is not present,” Wolpin said.

The study findings represent analyses of DNA from 7,683 patients with pancreatic cancer and 14,397 control patients without this cancer, all of European descent, from the United States, Europe, Canada, and Australia. The scientists used sequencing technology to examine more than 700,000 sites of the genome known to have single nucleotide polymorphisms (SNPs) – differing versions of a single letter of DNA code. These variations can alter the expression of a gene or the content of its message, and the researchers looked for variants that were associated with the risk of having pancreatic cancer. Research of this type is called a genome-wide association study, or GWAS.

Wolpin said the results confirmed the presence of four risk-associated SNPs that had been identified in a previous, smaller GWAS study. In addition, five new risk markers were discovered and a sixth that was of borderline statistical significance.

The risks linked to each SNP or marker were largely independent and additive, so that they may have utility in future attempts to identify individuals in the general population at higher risk for pancreatic cancer. The average lifetime risk of pancreatic cancer is 1.5 percent.

The long-term goal is to create a “risk stratification tool” that could be used in primary care practice to identify individuals who should undergo screening for pancreatic cancer with tests such as ultrasound or MRI.

The report includes authors from around the world, and includes several senior authors, one of whom is Charles Fuchs, MD, MPH, of Dana-Farber.

The project, known as PanScan III, was funded by numerous sources, including the National Cancer Institute of the National Institutes of Health under contract number HHSN261200800001E and the Lustgarten Foundation.

Dana-Farber Cancer Institute, a principal teaching affiliate of Harvard Medical School, is world renowned for its leadership in adult and pediatric cancer treatment and research. Designated as a comprehensive cancer center by the National Cancer Institute (NCI), it is one of the largest recipients among independent hospitals of NCI and National Institutes of Health grant funding. For more information, go to www.dana-farber.org.