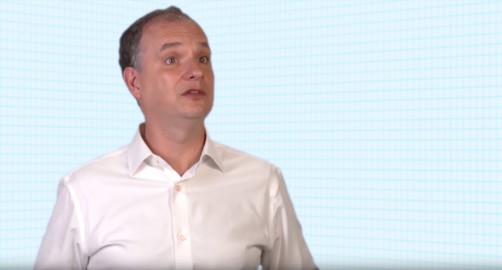 Indiana University professor Luis Rocha explains the study on the relationship between human sexual cycles and collective online moods in a video at https://youtu.be/LnSVsLtWFW8. 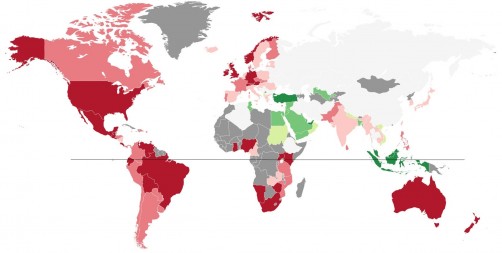 Newswise — It’s often wryly observed that birth rates peak in September, with many studies citing seasonal changes in human biology to explain this post-holiday “baby boom.” But new research from scientists at Indiana University and the Instituto Gulbenkian de Ciência in Portugal finds that spikes in pregnancies are actually rooted in society, not biology.

The evidence was discovered in the “collective unconscious” of web searches and Twitter posts that researchers now use to reveal our hidden desires and motivations.

“The rise of the web and social media provides the unprecedented power to analyze changes in people’s collective mood and behavior on a massive scale,” said Luis M. Rocha, a professor in the IU School of Informatics, Computing and Engineering, who co-led the study. “This study is the first ‘planetary-level’ look at human reproduction as it relates to people’s moods and interest in sex online.”

The study, which appears Dec. 21 in the journal Scientific Reports, draws upon data from nearly 130 countries that included sex-related Google search terms from 2004 to 2014 and 10 percent of public Twitter posts from late 2010 to early 2014.

The analysis revealed that interest in sex peaks significantly during major cultural or religious celebrations -- based upon a greater use of the word “sex” or other sexual terms in web searches. These peaks broadly corresponded to an increase in births nine months later in countries with available birth-rate data.

The use of data from the Northern and Southern hemispheres is notable since past analyses tended to focus on smaller geographic areas in the Western and Northern hemispheres. The case of Eid-al-Fitr is significant because the holiday does not occur on the same day each year, but the measured effect still shifts accordingly, following a clear cultural pattern.

Because the seasons are reversed on opposites sides of the globe, and peak birth rates and online interest in sex did not change based on geography, the researchers concluded the relationship between these effects is unrelated to biological shifts caused by changes in daylight, temperature or food availability.

“We didn’t see a reversal in birth rate or online interest in sex trends between the Northern and Southern hemispheres -- and it didn’t seem to matter how far people lived from the equator,” Rocha said. “Rather, the study found culture -- measured through online mood -- to be the primary driver behind cyclic sexual and reproductive behavior in human populations.”

To understand the higher interest in sex during holidays, the researchers also conducted a sophisticated review of word choices in Twitter posts -- known as a “sentiment analysis” -- to reveal that, collectively, people appear to feel happier, safer and calmer during the holidays.

“We observe that Christmas and Eid-Al-Fitr are characterized by distinct collective moods that correlate with increased fertility,” Rocha said. “Perhaps people feel a greater motivation to grow their families during holidays when the emphasis is on love and gift-giving to children. The Christmas season is also associated with stories about the baby Jesus and holy family, which may put people in a loving, happy, ‘family mood.’”

The study’s results are notable for reasons beyond curiosity about the rise in babies born nine months after the holidays. For example, Rocha said the findings could help public health researchers pinpoint the best dates to launch public awareness campaigns encouraging safe sex in developing countries lacking in reliable birth-rate data.

“The strong correlation between birth rates and the holidays in countries where birth-rate data is available -- regardless of hemisphere or the dominant religion -- suggests these trends are also likely to hold true in developing nations,” he added. “These types of analyses represent a powerful new data source for social science and public policy researchers.”

Other researchers on the study were associate professor Johan Bollen and Ph.D. student Ian B. Wood of the IU School of Informatics, Computing and Engineering. Instituto Gulbenkian de Ciência researchers were master’s degree student Pedro Leal Varela and professor Joana Gonçalves-Sá, who is a corresponding author on the paper. The Portuguese researchers first came across the unexpected patterns in online searches related to sex, later collaborating with the IU researchers due to their expertise in web analysis. Bollen is also affiliated with the Netherlands’ Wageningen University.

This study was supported in part by the National Institutes of Health, the U.S. Defense Advanced Research Projects Agency and the Portuguese Foundation for Science and Technology.