29-Apr-2018 10:05 AM EDT, by American Medical Society for Sports Medicine (AMSSM) more news from this source 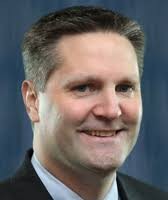 Newswise — Daniel Herman, MD, PhD presented a research abstract at the 27th Annual Meeting of the American Medical Society for Sports Medicine in Lake Buena Vista, FL indicating that the rates of concussions and musculoskeletal injuries may have increased with the use of protective headgear in High School Girls Lacrosse.

Concerns regarding player safety led the Florida High School Athletic Association (FHSAA) to mandate the use of protective headgear, such as soccer headguards, during Girls’ Lacrosse play. Dr. Herman led a study comparing the rates of concussion and musculoskeletal injuries in girls’ lacrosse players before and after the implementation of statewide protective headgear mandate.

“The debate on using protective headgear has seemingly grown as fast as the sport itself. It is critical that research of this nature be performed so we can made informed decisions regarding these issues on play safety.”

The study examined data for girls’ lacrosse players in Florida for the three years prior and three years after the implementation of the headgear mandate in 2015. Researchers also looked at similar data during the same time frame for boys’ lacrosse to help assess for changes in injury recording or reporting over the same time period.

For girls’ lacrosse, the years after the new helmet rule went into effect had significantly greater frequency of both concussions and musculoskeletal injuries compared to the years before players wore helmets. But there were no significant differences in concussions or other injuries in boys’ lacrosse during the same time period.

Researchers indicate the use of greater amounts of protective headgear in girls’ high school lacrosse may result in an elevated risk of injury, potentially via increased aggressiveness of play with the use of protective gear.

The use of protective headgear in girls’ high school lacrosse may result in unintended effects on injury risk, and further monitoring of injury rates using large data sets is needed to verify these findings.

”The findings underscore the importance of continuing to study the effects of FHSAA’s policy, which as of this season mandates the use of a hard-shell helmet. Everyone is for better player safety, but ‘more’ may not equate to ‘better’.”

About the AMSSM Annual Meeting: The 2018 conference brings more than 2,000 sports medicine physicians together from throughout the United States and around the world. The meeting theme is REACH: Reaching Up, Reaching Out, Reaching Ahead and explores the many ways AMSSM is leading the charge and shaping the future of sports medicine.

About the AMSSM: AMSSM is a multi-disciplinary organization of more than 3,600 sports medicine physicians dedicated to education, research, advocacy and the care of athletes of all ages. The majority of AMSSM members are primary care physicians with fellowship training and added qualification in sports medicine who then combine their practice of sports medicine with their primary specialty. AMSSM includes members who specialize solely in non-surgical sports medicine and serve as team physicians at the youth level, NCAA, NFL, MLB, NBA, WNBA, MLS and NHL, as well as with Olympic and Paralympic teams. By nature of their training and experience, sports medicine physicians are ideally suited to provide comprehensive medical care for athletes, sports teams or active individuals who are simply looking to maintain a healthy lifestyle. www.amssm.org