7,500 deaths per year possibly due to loss of genes MAP3K7 and CHD1 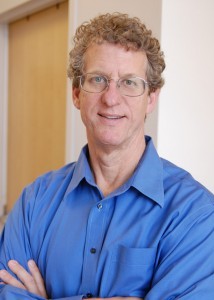 Scott Cramer, PhD, and CU Cancer Center colleagues show that of prostate cancer with combination MAP3K7 and CHD1 deletions, about 50 percent will have recurrent disease.

“This was a multi-disciplinary study by multiple investigators at multiple institutions showing a particularly aggressive type of prostate cancer that kills people,” says Scott Cramer, PhD, investigator at the CU Cancer Center, professor in the CU School of Medicine Department of Pharmacology, and the paper’s senior author.

Cramer and CU colleagues including Lindsey Rodrigues, PhD, James Costello, PhD, and Scott Lucia, MD, started with the long-known observation that some prostate cancers tend to be slow-growing and less dangerous, whereas others tend to be fast-growing and dangerous. The question was whether there is a genetic difference between aggressive and less aggressive prostate cancers. Analysis of tumor samples from publicly available databases showed that MAP3K7-CHD1 loss was a major genetic marker of cancers that eventually went on to be of the aggressive type, possibly accounting for 25 percent of prostate cancer-related death. That is about 7,500 men per year. The Cramer Laboratory then used a sophisticated stem-cell model to grow artificial prostate tumors with these gene deletions that were implanted in mice.

“This is a unique model,” Cramer says. “We grow mouse prostate stem cells in culture in which we’ve knocked down these two genes. Then we combine these engineered stem cells with prostate cells to make artificial prostates and graft them into our mouse models. This allows us to prospectively watch the growth of prostates to see the effects of these specific genetic changes.”

In fact, these artificial prostate glands grown in mice developed aggressive cancer similar to what was seen in the database of human cancers. Specifically, loss of the genes MAP3K7 and CHD1 “greatly disrupted” the ability of prostate stem cells to create healthy prostate tissue, while instead they created cancerous cells with characteristics of “neuroendocrine and neural” cells. In other words, this genetic change made stem cells that should create healthy prostate tissue instead create hybrid-type cells that break many of the speed controls governing replication and growth. It is these hybrid cells that act aggressively cancerous.

“The goal now is to discover ways to target these lethal prostate cancer cells,” Cramer says. This first includes a “synthetic lethal” screen that tests thousands of drug candidates against cells with MAP3K7-CDH1 deletions to identify drugs that selectively kill cells with these deletions. Cramer and colleagues also plan additional testing to further refine the prognostic ability of testing for these deletions.

“It might make the difference between choosing to wait and watch a prostate cancer, versus treating it more aggressively,” Cramer says. The stem cell model used in this study may provide a platform for significant future research.