Poll of 139 experts reveals treatments and assessments to avoid 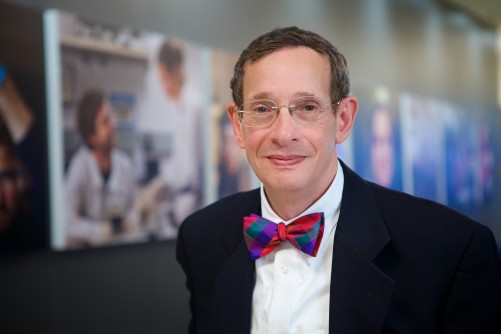 Gerald Koocher, dean of the College of Science and Health at DePaul University, is lead researcher and co-author of a new study on "quack" practices in child psychology.

Newswise — CHICAGO — Child psychology experts throughout the United States contributed to a new study that discredits “quack” treatments and assessments for children and adolescents. Published in the Journal of Clinical Child & Adolescent Psychology, the research polled 139 experts to identify and rate pseudoscientific and potentially harmful practices.

“Building consensus about what does not work for youth is an important counterpart to evidence-based research on what does work,” said lead researcher and co-author Gerald Koocher, dean of the College of Science and Health at DePaul University.

While other researchers have attempted to identify ineffective or “quack” therapies, none have systematically relied on expert consensus to reach their conclusions. Instead, they assumed that this consensus already existed or used their own opinions, Koocher noted.

There are several signs that a psychological assessment or therapy is “quack,” said Koocher. First, it addresses a challenging or hard-to-treat problem by proposing an overly simple solution. Psychoquackery also is usually in sync with the spirit of the times and is often promoted by a charismatic expert. “When you feel the system has failed you, you might be willing to try other things,” Koocher said.

Experts rated 67 psychological treatments and 35 assessments for children and adolescents on a continuum from “not at all discredited” to “certainly discredited.” A Delphi poll methodology was used. Experts were surveyed once anonymously then were shown data summarizing the initial responses of the entire panel and surveyed a second time. This practice is used to build consensus, Koocher explained. He noted that the experts were primarily child psychologists living in the U.S. but also included other doctoral-level mental health experts such as authors and editors of books on youth pathology and premier researchers on the subject.

The poll asked those experts to weigh in on the merits of both assessments and treatments. Enneagrams, the Szondi Test, Brain Balance, biorhythms, handwriting analysis and the Fairy Tale Test were strongly discredited for assessment among children and adolescents.

Enneagrams are personality tests that place patients in categories based on their fears and desires. The Szondi Test was developed in the 1930s by Leopold Szondi, who asked patients to choose pictures from a lineup of psychological patients to unearth their own repressions and drives. Biorhythms are a form of numerology that relies on charts and calculations to determine emotional and physical wellbeing. The Fairy Tale Test involves asking a person what fairy tale character they think of themselves as and then attributes personality traits to them based on the character. For instance, Peter Pan never wants to grow up or Cinderella feels oppressed by her step mother and nasty step-siblings.

Other tests such as the Rorschach inkblot personality test drew less harsh ratings, indicating that there was some disagreement about the usefulness of the assessment but that it was still in use. “The instruments faring worst tended to be those with obsolete or sparse research and those relying on narrow theoretical approaches,” the authors wrote.

Treatments that were strongly discredited include past life regression therapy, crystal healing, or withholding food or water. Researchers noted that a quick Internet search reveals that many of these discredited treatments are still being used and can pose risks to both patients and practitioners.

Koocher hopes the findings from the poll will help psychologists and parents alike become more informed and critical of treatments used with children.

“Parents must be able to ask the right questions. ‘What studies have been done to show the effectiveness of this?’ And if someone says to you, ‘Medical science is keeping a lid on this because it’s too powerful and will put them all out of business,’ that’s a strong sign that a treatment is too good to be true,” Koocher said. He also urged psychologists to stop teaching and using these discredited methods. “Old professional habits die hard, and some practitioners hold on tightly to methods they learned in school. I hope this study sparks a broader discussion within the profession about discredited practices,” Koocher said.

This study — “Discredited Assessment and Treatment Methods Used with Children and Adolescents: A Delphi Poll” — is online at http://bit.ly/DelphiPoll. Other authors include John Norcross, University of Scranton in Pennsylvania; and Madeline R. McMann and Annika O. Stout, Simmons College, Boston.

It is the third in a series of Delphi poll research that Koocher co-authored with Norcross. The previous two studies focused on discredited psychology practices for adults and for people with addictions.

Koocher and Norcross are working on a book, “Psychoquackery,” which will explore the history and current controversies surrounding quack treatments.