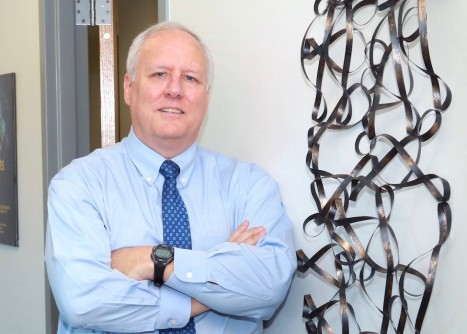 Newswise — Once a hip drug of the ‘70s and ‘80s party scene, cocaine is not only making a comeback, it’s proving its staying power thanks to its potent allure. In fact, Drug Enforcement Administration officials say that traffickers are producing more cocaine now than at the height of the notorious era of the “cocaine cowboys” in the 1980s. According to Florida’s Medical Examiner Commission, overdose deaths from cocaine are at their highest level in the state since 2007. From 2012 to 2015, cocaine deaths in Florida increased from 1,318 fatalities to 1,834 fatalities. Only fentanyl, a powerful synthetic painkiller, surpassed deaths from cocaine overdose in Florida. Nationally, more than 1 in 3 drug misuse or abuse-related emergency department visits (40 percent) involved cocaine.

A team of neuroscientists led by Randy D. Blakely, Ph.D., executive director of Florida Atlantic University’s Brain Institute and a professor of biomedical science in FAU’s Charles E. Schmidt College of Medicine, have capitalized on a unique strain of genetically engineered or “designer” mice to tease apart key features of the complex actions of cocaine. Their findings, published in the current issue of the British Journal of Pharmacology, reinforce long-held suspicions that the brain chemical serotonin, a molecule typically associated with mood, appetite and libido, makes a direct contribution to the actions of cocaine.

Although many are aware that elevations of the brain chemical dopamine play a critical role in cocaine’s ability to produce a “high” – feelings that trigger the spiral into addiction – the actions of cocaine are far more complex. For example, cocaine also can elevate the levels of serotonin in the minute spaces around brain synapses by blocking the serotonin transporter, a “nanovacuum cleaner” normally involved in whisking serotonin away to limit its actions. Furthermore, drugs capable of blocking serotonin receptors can interfere with specific components of cocaine action. Because the contributions of dopamine to the actions of cocaine are so prominent, however, laboratories have been unable to establish unequivocally how much of cocaine’s actions rely on serotonin and where in the brain the serotonin signal contributes most.

“Several years ago, we found that the serotonin transporter expressed in the brains of fruit flies is only weakly inhibited by cocaine,” said Blakely. “We traced this reduced sensitivity to a single amino acid difference among the more than 600 amino acids that comprise fly and mammalian serotonin transporters.”

When Blakely’s team spliced the DNA sequence that encodes the relevant fly amino acid into the mouse serotonin transporter gene, the mice now made a transporter that was 80 times less sensitive to cocaine, while allowing the transporter to function completely normally. Blakely, who cloned the gene that makes the serotonin transporter more than 25 years ago, then set out to examine what actions of cocaine were retained in the mice and what was altered.

Blakely’s team, led by postdoctoral fellow Linda Simmler, Ph.D., found that the stimulant actions of cocaine were preserved in the genetically-modified mice, consistent with these actions being driven by dopamine elevations. Interestingly, however, cocaine caused mice to move more around the perimeter of test chambers rather than crossing into the brightly lit center of the chamber like normal animals do on the drug. Scientists often interpret this perimeter-hugging activity, known as thigmotaxis, as a sign of anxiety, suggesting that the normal serotonin rise may add positively to the “agreeable” nature of the drug, although Blakely cautions that other explanations are plausible. Indeed, when the mutant mice were chronically administered cocaine, they actually spent more time in the side of a chamber where cocaine would be delivered.

“These findings support the idea that serotonin signaling, long term, can reduce the ability of the brain to link cocaine actions to environmental cues,” said Blakely.

In neuroanatomical studies, Blakely’s team then quantified proteins whose levels change with neuronal activation to identify specific brain regions that might support the serotonin-dependent actions of cocaine, and the result was that the role of serotonin in cocaine action is pronounced in specific brain areas, like areas of the frontal cortex associated with inhibitory control mechanisms, while less relevant in other areas. Finally, the team identified a network of genes in these regions that exhibit changes in expression when the normal boost from serotonin is lacking, and these changes depended on how long the drug was given.

“Scientists can now clearly see details of how the brain uses serotonin not just to regulate mood, but also to drive both rapid and long-lasting changes in the brain. We suspect that these changes may contribute to the brain modifications that ultimately trap users in an addicted state,” said Blakely. “The development of effective treatment strategies requires a holistic understanding of drug actions, and now we can see much more clearly the serotonin-side of cocaine action. We hope that our findings will stimulate research into serotonin-based therapies to treat addiction as new treatments are desperately needed.”

Inaugurated in 2016 on the John D. MacArthur Campus in Jupiter, Fla., the FAU Brain Institute supports research, education and community outreach among more than 70 neuroscience faculty investigators at FAU and its affiliate research centers. One of FAU’s four pillars that guide the University’s goals and strategic actions, the Institute seeks to unlock the secrets of brain development, function and plasticity and how the mechanisms uncovered can be compromised to drive devastating brain disorders. From human behavior such as mother/infant bonding, addiction and communication disorders to devastating brain diseases like Parkinson’s and Alzheimer’s disease, neuroscientists and other researchers from FAU’s Brain Institute are at the forefront of innovative research that will generate knowledge to benefit society. For more information, visit www.ibrain.fau.edu.

FAU’s Charles E. Schmidt College of Medicine is one of approximately 147 accredited medical schools in the U.S. The college was launched in 2010, when the Florida Board of Governors made a landmark decision authorizing FAU to award the M.D. degree. After receiving approval from the Florida legislature and the governor, it became the 134th allopathic medical school in North America. With more than 70 full and part-time faculty and more than 1,300 affiliate faculty, the college matriculates 64 medical students each year and has been nationally recognized for its innovative curriculum. To further FAU’s commitment to increase much needed medical residency positions in Palm Beach County and to ensure that the region will continue to have an adequate and well-trained physician workforce, the FAU Charles E. Schmidt College of Medicine Consortium for Graduate Medical Education (GME) was formed in fall 2011 with five leading hospitals in Palm Beach County. In June 2014, FAU’s College of Medicine welcomed its inaugural class of 36 residents in its first University-sponsored residency in internal medicine. For more information, visit www.med.fau.edu.