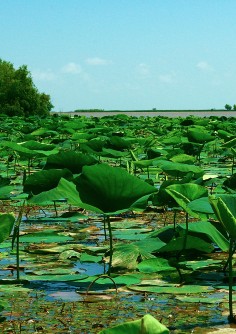 This image shows freshwater marsh vegetation in Wax Lake Delta, La. Aquatic vegetation on low-elevation marshes is pictured in the foreground, while woody vegetation occupies a levee on the left. The open water in the distance is a deltaic distributary channel. 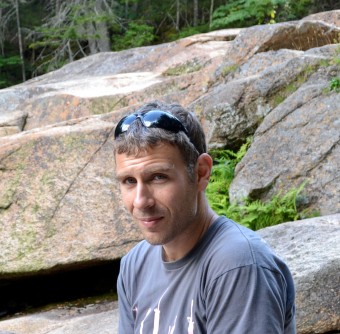 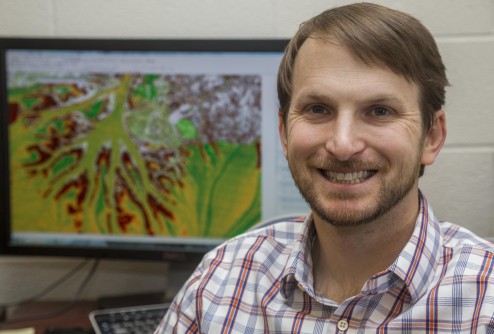 Newswise — BLOOMINGTON, Ind. -- Research by Indiana University geologists suggests that an intermediate amount of vegetation -- not too little and not too much -- is most effective at stabilizing freshwater river deltas.

The study, "Optimum vegetation height and density for inorganic sedimentation in deltaic marshes," was published online Aug. 24 by Nature Geoscience. The findings may help guide restoration of river deltas, such as those near the mouth of the Mississippi River, which are under threat as sea levels rise.

Authors are William Nardin, a postdoctoral fellow in the Department of Geological Sciences in the IU Bloomington College of Arts and Sciences; and Douglas A. Edmonds, who holds the Robert R. Shrock Professorship in Sedimentary Geology and is an assistant professor of geological sciences.

Vegetation on marsh surfaces in river deltas can slow the flow of water and cause more sediment to be deposited, helping prevent sea-level rise from drowning sensitive marshlands. But the study finds that, if the vegetation is too tall or dense, it diverts water into the river channel, resulting in less sediment being deposited on the marsh.

“In river deltas the effect of vegetation on sedimentation seems to follow the Goldilocks principle,” Edmonds said. “You want the amount of vegetation that is just right -- not too much, but also not too little.”

The world’s river deltas are rich and productive and are home to about 10 percent of the world’s population. But they are threatened by an array of forces, including population growth, pollution, development and erosion, as well as sea-level rise associated with climate change.

Edmonds wrote in a 2012 Nature Geoscience article that river deltas can be restored, but it will take a better understanding of the processes involved in their formation and destruction. The current study suggests vegetation could play a role in designing effective river delta restoration.

They found that vegetation of intermediate height and density results in the greatest deposition of sand and mud. However, if the plants are too tall or densely packed, sediment tends to remain in the river channel, bypassing marshes and being carried directly to the sea.

The researchers also analyzed remote-sensing data collected from Wax Lake Delta in Louisiana. The analysis showed the delta exhibits a hydrodynamic response to the presence of vegetation that corresponds with what the researchers found with their model.

The rate at which sediment is delivered to marshes in river deltas is strongly influenced by storms and flooding, as well as the construction of engineered diversions. The research suggests the resilience of river deltas will depend on the timing of floods and storms relative to the seasonal growth of vegetation. And of course, scientists can’t control or even predict when floods will occur.

“That unpredictability adds an interesting twist to the problem,” Edmonds said. “The time that the flood wave arrives does not always coincide with the timing of vegetation growth and decay. Those two have to line up just right for vegetation to really enhance deposition of sand and mud.”

Funding for the research came from a National Science Foundation Frontiers in Earth Systems Dynamics grant and from the Alfred P. Sloan Foundation. To speak with Edmonds or Nardin, contact Steve Hinnefeld with IU Communications, 812-856-3488 or [email protected]. 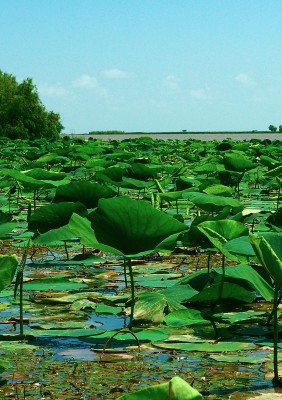 Caption: This image shows freshwater marsh vegetation in Wax Lake Delta, La. Aquatic vegetation on low-elevation marshes is pictured in the foreground, while woody vegetation occupies a levee on the left. The open water in the distance is a deltaic distributary channel. 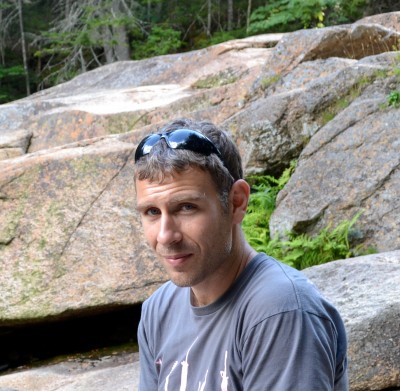 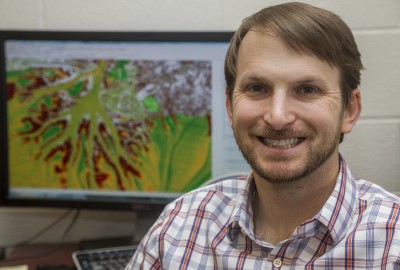