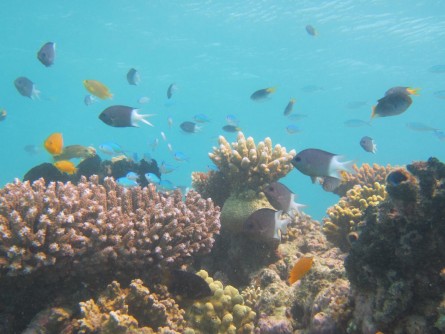 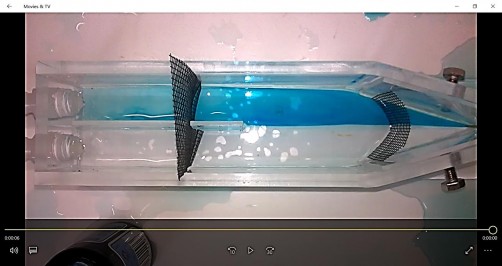 Newswise — MIAMI--In a first-of-its-kind study, researchers from the University of Miami (UM) Rosenstiel School of Marine and Atmospheric Science and the ARC Centre of Excellence for Coral Reef Studies at James Cook University showed that increased carbon dioxide concentrations alters brain chemistry that may lead to neurological impairment in some fish.

Understanding the impacts of increased carbon dioxide levels in the ocean, which causes the ocean to become more acidic, allows scientists to better predict how fish will be impacted by future ocean acidification conditions.

"Coral reef fish, which play a vital role in coral reef ecosystems, are already under threat from multiple human and natural stressors," said lead author of the study Rachael Heuer, a UM Rosenstiel School alumna which conducted the study as part of her Ph.D. work. "By specifically understanding how brain and blood chemistry are linked to behavioral disruptions during CO2 exposure, we can better understand not only 'what' may happen during future ocean acidification scenarios, but 'why' it happens."

In this study, the researchers designed and conducted a novel experiment to directly measure behavioral impairment and brain chemistry of the Spiny damselfish, (Acanthochromis polyacanthus) a fish commonly found on coral reefs in the western Pacific Ocean.

During a three-week period, the scientists collected spiny damselfish from reefs off Lizard Island located on Australia's Great Barrier Reef. The fish were separated into two groups--those exposed to ordinary CO2 "control" conditions and those exposed to elevated CO2 levels that are predicted to occur in the near future, but have already been observed in many coastal and upwelling areas throughout the world. Following the exposure, the fish were subjected to a behavioral test, and brain and blood chemistry were measured.

The unique behavioral test, employed a two-choice flume system, where fish were given the choice between control seawater or water containing a chemical alarm cue, which they typically avoid since it represents the smell associated with an injured fish of its own species.

The researchers found that the damselfish exposed to elevated carbon dioxide levels were spending significantly more time near the chemical alarm cue than the control fish, a behavior that would be considered abnormal. The measurements of brain and blood chemistry provided further evidence that elevated CO2 caused the altered behavior of the fish.

"For the first time, physiological measurements showing altered chemistry in brain and blood have been directly linked to altered behavior in a coral reef fish," said UM Rosenstiel School Maytag Professor of Ichthyology and lead of the RECOVER Project Martin Grosell, the senior author of the study. "Our findings support the idea that fish effectively prevent acidification of internal body fluids and tissues, but that these adjustments lead to downstream effects including impairment of neurological function."

"If coral reef fish do not acclimate or adapt as oceans continue to acidify, many will likely experience impaired behavior that could ultimately lead to increased predation risk and to negative impacts on population structure and ecosystem function," said Heuer, currently a postdoctoral researcher at the University of North Texas. "This research supports the growing number of studies indicating that carbon dioxide can drastically alter fish behavior, with the added benefit of providing accurate measurements to support existing hypotheses on why these impairments are occurring."

The National Science Foundation, a University of Miami Koczy Fellowship, and the ARC Centre of Excellence provided funding support for the study. Heuer was also funded by an NSF Graduate Research Fellowship to conduct the research.About the University of Miami's Rosenstiel School

The University of Miami is one of the largest private research institutions in the southeastern United States. The University's mission is to provide quality education, attract and retain outstanding students, support the faculty and their research, and build an endowment for University initiatives. Founded in the 1940's, the Rosenstiel School of Marine & Atmospheric Science has grown into one of the world's premier marine and atmospheric research institutions. Offering dynamic interdisciplinary academics, the Rosenstiel School is dedicated to helping communities to better understand the planet, participating in the establishment of environmental policies, and aiding in the improvement of society and quality of life. For more information, visit: http://www.rsmas.miami.edu and Twitter. Visit the University of Miami's report on climate change http://www.climate.miami.edu. 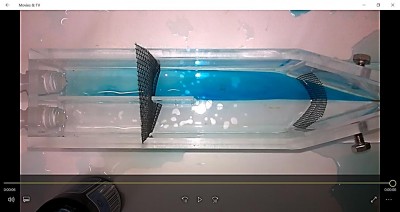