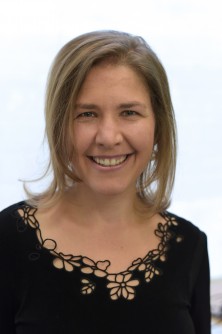 Newswise — Stony Brook, NY, June 1, 2017 – Preliminary data from a new study suggests that NBA players had worse personal statistics in games that followed a late-night tweet between 11 p.m. and 7 a.m. Players scored on average about 1 point less in games following late-night tweets, and their shooting accuracy dropped 1.7 percentage points compared with their performance in games that did not follow late-night tweeting. After a late-night tweet, players also took fewer shots and had fewer rebounds, steals and blocks.

The research abstract was published recently in an online supplement in the journal Sleep and will be presented Monday, June 5, in Boston at SLEEP 2017, the 31st Annual Meeting of the Associated Professional Sleep Societies LLC (APSS), which is a joint venture of the American Academy of Sleep Medicine and the Sleep Research Society.

“Using late-night tweeting activity as a proxy for being up late, we interpret these data to show that basketball skills are impaired after getting less sleep,” said lead investigator Jason J. Jones, PhD, Assistant Professor of Sociology at Stony Brook University. “While experimental studies have shown the impact of sleep deprivation on performance, this study uses big data to provide interpretable results on real-world performance of basketball players.”

“Our findings are relevant beyond just sports science research,” said study co-author Lauren Hale, PhD, Professor of Family, Population and Preventive Medicine in the Program in Public Health at Stony Brook University. “Our results demonstrate a broader phenomenon: to perform at your personal best, you should get a full night of sleep.”

The research team led by Jones and Hale merged two public sources of data for the study, analyzing Twitter account activity from 112 verified NBA players as well as basketball statistics from Yahoo Sports. The data, which included more than 30,000 tweets, were compiled across 7 basketball seasons from 2009 to 2016. To reduce the potential performance effects of changing time zones, the analysis included only games within the same time zone as the player’s home.

“Twitter is currently an untapped resource for late-night behavior data that can be used as a proxy for not sleeping,” said Jones. “We hope this will encourage further studies making use of time-stamped online behavior to study the effects of sleep deprivation on real-world performance.”

About the Study Authors:

Jason J. Jones is a member of a Sociology department at Stony Brook University. He has a doctorate in Psychology, post-doctorate work in Political Science and a Bachelor's degree in Computer Science.

"I try to embody the best of what it means to be interdisciplinary in academia.  In my work, I take advantage of massive data sets to re-examine what we think we know about human behavior.  For example, I have collaborated with Facebook to conduct experiments regarding social norms around voting - each experiment generating data from millions of participants.  In another collaboration, my colleagues and I re-imagine and redefine Granovetter's "strength of weak ties" hypothesis by taking into account the work histories and social networks of millions of people around the world.  Broadly, my research interests involve the application of computational social science to predict political, health and other social behaviors."

Lauren Hale is a Professor Department of Family, Population and Preventive Medicine and Core Faculty in the Program in Public Health at Stony Brook University School of Medicine and the founding Editor-in-Chief of the award-winning journal Sleep Health (sleephealthjournal.org). Dr. Hale serves on the Board of Directors for the National Sleep Foundation (sleepfoundation.org).  Her research identifies sleep deprivation and sleep disorders as a national public health challenge.  In her research, she investigates the unequal social patterning of sleep as a possible mechanism explaining social disparities in health.  She is broadly interested in the consequences of sleep deficiency on health, well-being, and performance outcomes.

Stony Brook University is going beyond the expectations of what today’s public universities can accomplish. Since its founding in 1957, this young university has grown to become one of only four University Center campuses in the State University of New York (SUNY) system with more than 25,700 students, 2,500 faculty members, and 18 NCAA Division I athletic programs. Our faculty have earned numerous prestigious awards, including the Nobel Prize, Pulitzer Prize, Indianapolis Prize for animal conservation, Abel Prize and the inaugural Breakthrough Prize in Mathematics. The University offers students an elite education with an outstanding return on investment: U.S.News & World Report ranks Stony Brook among the top 40 public universities in the nation. Its membership in the Association of American Universities (AAU) places Stony Brook among the top 62 research institutions in North America. As part of the management team of Brookhaven National Laboratory, the University joins a prestigious group of universities that have a role in running federal R&D labs. Stony Brook University is a driving force in the region’s economy, generating nearly 60,000 jobs and an annual economic impact of $4.65 billion. Our state, country and world demand ambitious ideas, imaginative solutions and exceptional leadership to forge a better future for all. The students, alumni, researchers and faculty of Stony Brook University are prepared to meet this challenge.