Deviations are in addition to BRCA1, BRCA2 and other gene mutations 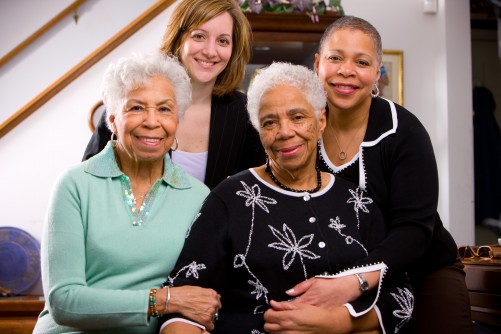 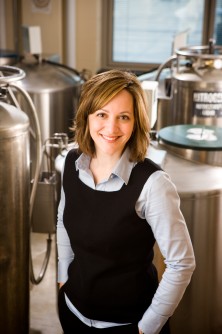 Heather Ochs-Balcom, assistant professor of epidemiology and environmental health at the University at Buffalo

“The discovery of these regions supports our hypothesis that there are still undiscovered breast cancer genes that may be unique to African Americans,” says Ochs-Balcom, PhD, a genetic epidemiologist in the UB Department of Epidemiology and Environmental Health. “We can now focus on these specific chromosomes to learn if they house genetic mutations linked to breast cancer.

“Our study used linkage analysis, a powerful tool that helps to detect the chromosomal location of disease genes by examining genetic markers across the entire human genome. Our family-based gene hunt is similar to the groundbreaking study among women with European ancestry done in the early 1990s that led to the discovery of BRCA1 and BRCA2 gene mutations, which greatly increase susceptibility to breast and ovarian cancer.”

African American women can also carry the BRCA mutations, but Ochs-Balcom suspects there may be additional, undiscovered mutations linked to breast cancer in this population.

“Family studies like this one have been difficult to conduct in the past,” Ochs-Balcom says, “in part because it’s difficult to get multiple family members to commit the time needed to participate. We found here that approaching the recruitment of African Americans by using a multi-pronged approach that included collaboration from our community partnerships greatly facilitated success.

She points out that African American women have a higher incidence of pre-menopausal breast cancer and a higher breast cancer mortality rate than European Americans. They also more likely to develop early-onset cancers that are aggressive and difficult to treat. Some of these may be caused by unknown genetic anomalies that if found, could lead to early screening, detection and treatment.

The study was funded by a grant from the Susan G. Komen for the Cure Foundation and is the subject of two recent papers published by the team in the journal Cancer, Epidemiology, Biomarkers and Prevention and the Journal of Community Genetics.

It was conducted between 2009 and 2014 by researchers in the UB School of Public Health and Health Professions, Case Western Reserve School of Medicine, Roswell Park Cancer Institute and the Icahn School of Medicine at Mount Sinai Hospital, New York.

The study examined the DNA of 106 African American families not known to carry BRCA mutations tied to hereditary breast-ovarian cancer syndrome. Participants included 179 women who had been diagnosed with breast cancer and 76 of their sisters who never had the disease.

“Perhaps the most important motivating factor in their decision to participate in our study,” says Ochs-Balcom, “was the potential to prevent suffering in their daughters and granddaughters.”

She says the investigation itself was spurred by Veronica Meadows-Ray of Buffalo, an African American woman involved in Roswell Park’s breast cancer survivor programs. Ray asked if a study could be undertaken to look into why her mother, aunt and several cousins developed breast cancer although they do not carry the BRCA mutations. She suspected that their cancer was hereditary and provoked by genetic mutations unique to African Americans.

“Our exciting results suggest that family-based studies are a great strategy to use when searching for new breast cancer genes,” Ochs-Balcom says, “and these findings may pave the way for further family-based research in this understudied population.” 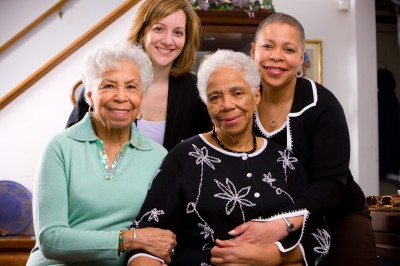 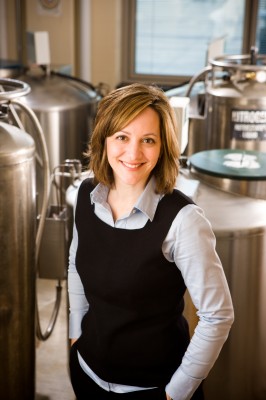 Caption: Heather Ochs-Balcom, assistant professor of epidemiology and environmental health at the University at Buffalo