24-Jun-2014 8:00 AM EDT, by Perelman School of Medicine at the University of Pennsylvania contact patient services 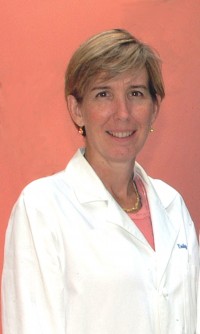 Newswise — PHILADELPHIAâ€”Reporting in the June 25 issue of JAMA, researchers from Penn Medicine and other institutions found that 3D mammographyâ€”known as digital breast tomosynthesisâ€” found significantly more invasive, or potentially lethal, cancers than a traditional mammogram alone and reduced call-backs for additional imaging. This is the largest study reported to dateâ€”with nearly a half a million womenâ€”measuring the effectiveness of the technology, and could potentially lead to a change in the standard of care for breast screening.

â€śItâ€™s the most exciting improvement to mammography that I have seen in my career, even more important for women than the conversion from film-screen mammography to digital mammography,â€ť said senior author Emily F. Conant, MD, chief of Breast Imaging the department of Radiology at the Perelman School of Medicine at the University of Pennsylvania. â€ś3D mammography finds more clinically significant breast cancers earlier, which is the key so that women have more treatment options and ultimately better health outcomes.â€ť

In the retrospective study, the researchers looked at 281,187 digital mammography examinations and 173,663 examinations with both tomosynthesis and digital mammography between 2010 and 2012. The data set included women from a wide range of breast cancer screening programs that were both geographically diverse and included both academic and community practices, 13 in total.

Researchers found 41 percent more invasive cancers when women were screened with tomosynthesis plus digital compared to digital mammography alone. The use of tomosynthesis also reduced the number of women called back for additional screenings by 15 percent.

Conventional digital mammography is the most widely-used screening modality for breast cancer, but may yield suspicious findings that turn out not to be cancer, known as false-positives. Such findings are associated with a higher recall rate, or the rate at which women are called back for additional imaging or biopsy that may be deemed unnecessary.

Tomosynthesis, however, allows for 3-D reconstruction of the breast tissue, giving radiologists a clearer view of the overlapping slices of breast tissue. And though a relatively new technology, it has shown promise at reducing recall rates in all groups of patients, including younger women and those with dense breast tissue, and better detection rates in smaller studies. In 2011, tomosynthesis was approved by the U.S. Food and Drug Administration to be used in combination with standard digital mammography for breast cancer screening.

Since October 2011, all screening mammograms at Penn Medicineâ€™s Perelman Center for Advanced Center now include tomosynthesis according to Dr. Conant.

â€śThe coming years will be very exciting, as we see further improvements in this innovative technology,â€ť said Conant. â€śThis new technology will certainly change the way we screen women.â€ť

For this research, Dr. Conant received a grant from the National Cancer Institute (5U54CA163316-03.)

##Penn Medicine is one of the world's leading academic medical centers, dedicated to the related missions of medical education, biomedical research, and excellence in patient care. Penn Medicine consists of the Raymond and Ruth Perelman School of Medicine at the University of Pennsylvania (founded in 1765 as the nation's first medical school) and the University of Pennsylvania Health System, which together form a $4.3 billion enterprise.The Perelman School of Medicine has been ranked among the top five medical schools in the United States for the past 17 years, according to U.S. News & World Report's survey of research-oriented medical schools. The School is consistently among the nation's top recipients of funding from the National Institutes of Health, with $392 million awarded in the 2013 fiscal year.The University of Pennsylvania Health System's patient care facilities include: The Hospital of the University of Pennsylvania -- recognized as one of the nation's top "Honor Roll" hospitals by U.S. News & World Report; Penn Presbyterian Medical Center; Chester County Hospital; Penn Wissahickon Hospice; and Pennsylvania Hospital -- the nation's first hospital, founded in 1751. Additional affiliated inpatient care facilities and services throughout the Philadelphia region include Chestnut Hill Hospital and Good Shepherd Penn Partners, a partnership between Good Shepherd Rehabilitation Network and Penn Medicine.Penn Medicine is committed to improving lives and health through a variety of community-based programs and activities. In fiscal year 2013, Penn Medicine provided $814 million to benefit our community.