Study of Smoking and Genetics Illuminates Complexities of Blood Pressure 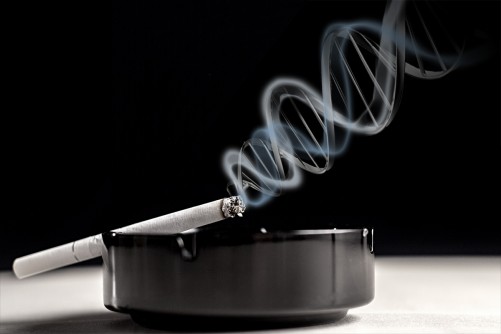 A large-scale study that analyzed genetics and smoking habits has revealed new information about blood pressure. The study, conducted by an international consortium of investigators, was led by researchers at Washington University School of Medicine in St. Louis.

Newswise — Analyzing the genetics and smoking habits of more than half a million people has shed new light on the complexities of controlling blood pressure, according to a study led by researchers at Washington University School of Medicine in St. Louis.

The research, published Feb. 15 in The American Journal of Human Genetics, stems from an international consortium of institutions tasked with plumbing vast amounts of participant data to uncover how genes interact with lifestyle and influence measures of heart health.

“We are trying to identify new reasons why people may have high blood pressure,” said co-senior author Dabeeru C. Rao, PhD, a professor and director of the Division of Biostatistics at the School of Medicine. “Blood pressure is extremely complex. We need enormous sample sizes from diverse populations to be able to see what is important in controlling blood pressure.”

The study included more than 600,000 participants from multiple studies that recorded data on smoking status, systolic and diastolic blood pressure, and genetic markers across the genome. It included participants of European, African, Asian, Hispanic and Brazilian ancestries. The analysis uncovered some surprisingly novel results.

“Despite tremendous efforts, we continue to have a lot of difficulty controlling blood pressure in many patients,” said co-first author and cardiologist Lisa de las Fuentes, MD, an associate professor of medicine and of biostatistics. “Even when we try every tool in our arsenal, some patients still don’t respond to medications the way we would expect them to. There are probably biological reasons for this that we haven’t tapped into yet. Our study identified potential genes of interest that we should be investigating for potentially new ways to treat high blood pressure.”

The new study verified many genes already associated with blood pressure and identified new genes in areas that might be expected, including blood vessel structure and kidney function. But the researchers found some surprising genes, as well.  Some of the identified genes are involved with the structure and function of cilia, tiny hairlike extensions on cells that beat rhythmically to clear microbes from the lungs, nose and ears, for example. Because abnormal cilia function also is associated with kidney disease, it may contribute to elevated blood pressure. Another surprise was finding genes governing the length of telomeres, the protective caps on the ends of chromosomes. Telomeres are considered a marker of age, as they shorten slightly with each cell division.

The study also allowed scientists to pinpoint 35 locations in the genome associated with blood pressure that were unique in people of African ancestry. However, the investigators said the sample size was too small to establish an external replication group to validate the findings.

“We are using data from studies that are already available, and historically, these tend to be concentrated on people of European ancestry,” said first author Yun J. Sung, PhD, an associate professor of biostatistics. “This emphasizes the need for more studies that include diverse patient populations. There are efforts to change this, but for this study, that data does not yet exist in these non-European populations.”

The researchers found many genes associated with blood pressure that also have been implicated in metabolic problems, including diabetes, obesity and kidney disease. In another interesting finding, the study linked blood pressure to genes associated with addiction, including alcohol and nicotine dependence. In short, the picture emerging in blood pressure control involves central and peripheral systems of the body that span the brain, kidneys, adrenal glands and vasculature, according to the researchers.

“Blood pressure involves everything from how well your heart squeezes, to how well your blood vessels relax, to how well your brain signals your adrenal glands telling your kidneys to hold on to saltwater,” de las Fuentes said. “It’s a sophisticated and elegant system, and we’re still working to understand it so we can better treat our patients.”

The American Journal of Human Genetics