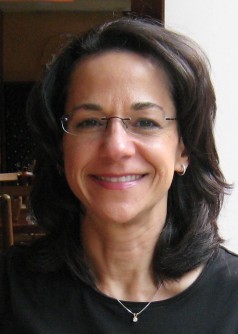 Newswise — RIVERSIDE, Calif. — Why do some people behave morally while others do not? Sociologists at the University of California, Riverside and California State University, Northridge have developed a theory of the moral self that may help explain the ethical lapses in the banking, investment and mortgage-lending industries that nearly ruined the U.S. economy.

For decades, sociologists have posited that individual behavior results from cultural expectations in the situation about how to act. In a study, “A Theory of the Self for the Sociology of Morality,” published in the current issue of the journal American Sociological Review, Jan E. Stets of UC Riverside and Michael J. Carter of CSU Northridge found that how individuals see themselves in moral terms is also an important motivator of behavior.

Stock brokers, investment advisors, and mortgage lenders who caused the recession were able to act as they did, without shame or guilt, perhaps because their moral identity standard was set at a low level, and the behavior that followed from their personal standard went unchallenged by their colleagues, Stets explained.

“To the extent that others in a situation VERIFY or confirm the meanings set by a person’s identity standard and as expressed in a person’s behavior, the more the person will continue to engage in these behaviors,” she said of the theory of moral identity she and Carter advance. “One’s identity standard guides a person’s behavior. Then the person sees the reactions of others to one’s own behavior. If others have a low moral identity and others do not challenge the illicit behavior that follows from it, then the person will continue to do what s/he is doing. This is how immoral practices can emerge.”

The sociologists surveyed a diverse group of more than 350 university students in a two-phase study that measured students’ moral identity, assessment of specific situations as having a moral component, and moral emotions, such as guilt and shame. The students first were asked how they responded in specific situations where they had a choice to do the right or wrong thing; for example, copy another student’s answers, drive home drunk, take an item, give to charity, allow another student to copy their answers, let a friend drive home drunk, return a lost item, or return money to a cashier.

Three months later, survey respondents were asked how to rate each scenario in moral terms, and how they thought individuals ought to feel following doing the right or wrong thing in each situation. The students placed themselves on along a continuum between two contradictory characteristics — honest/dishonest, caring/uncaring, unkind/kind, unfair/fair, helpful/not helpful, stingy/generous, compassionate/hardhearted, untruthful/truthful, not hardworking/hardworking, friendly/unfriendly, selfish/selfless, and principled/unprincipled. The more that individuals endorsed themselves as honest, caring, kind, fair, helpful, generous, compassionate, truthful, hardworking, friendly, selfless, and principled, the higher their moral identity.

The goal is live up to one’s self-view however that appears across the moral continuum from being very uncaring and unjust to very caring and very just, the researchers said. “When the meanings of one’s behavior based on feedback from others are inconsistent with the meanings in one’s identity standard, the person will feel bad.”

More research is needed to identify the source of moral identity meanings, Stets and Carter said. “Exposure to particular social contexts and individuals may encourage a higher moral identity. For example, when parents are involved in their children’s lives, their children are more likely to recognize moral values. Schools can also sensitize individuals to moral meanings by providing an atmosphere that fosters justice, virtue and volunteering. Religious traditions that promote reflection on moral issues and foster charitable work also help individuals recognize moral meanings.”

Studying the moral self is opportune given the unregulated practices of stock brokers, investment advisors, and mortgage lenders whose behavior facilitated the recent recession in the United States, Stets and Carter wrote.

“The cost of their irresponsible practices has touched the lives of many innocent victims, as witnessed in the loss of individuals’ retirement savings, homes, and jobs. The fact that a few greedy actors have the potential to damage the lives of many (as evidenced in the Bernie Madoff case) brings issues of right and wrong, good and bad, and just and unjust to public awareness,” they said. “To understand the illicit behavior of some, we need to study the moral dimension of the self and what makes some individuals more dishonest than others.”