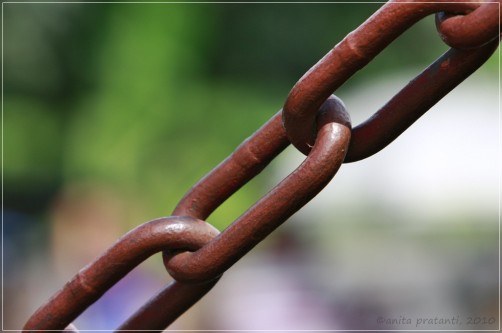 Cancer may depend on signals transmitted through a chain of cellular events. In Ewing’s Sarcoma, CU Cancer Center researchers detail new links that offer chances to break this chain.

Newswise — Ewing’s Sarcoma is an aggressive pediatric cancer, most commonly caused by the improper fusion of the gene EWS with the gene FLI1. Though the cause has long been known, therapeutic targeting of this fusion has to date proven very difficult. A University of Colorado Cancer Center study, recently published in the journal Oncogene, looked downstream from this fusion to discover other links in the chain of events that leads to cancer – this fusion puts in motion microRNA-22, which regulates another gene, KDM3A, and this signaling chain helps ensure that the outcome of the EWS/FLI1 fusion is cancer. Researchers suggest that these new targets may provide more easily druggable alternatives to the EWS/FLI1 fusion itself.

“We started with all the microRNAs downstream from the EWS/FLI1 fusion and narrowed in on microRNA-22. But then we looked even further downstream from there and found that microRNA-22 works through another gene, KDM3A, to cause this cancer. When we turned down this gene (KDM3A) in lab studies, we observed a profound inhibition of the tumorigenic properties of Ewing Sarcoma cells,” says Paul Jedlicka, MD, PhD, CU Cancer Center investigator and assistant professor of pathology at the University of Colorado School of Medicine.

This study highlights the complex cascade of events that cause cancer. Even in seemingly “simple” cancers like Ewing Sarcoma with known oncogenic drivers, cancer-causing action tends to depend on a cascade of events the oncogenes initiate. In other words, oncogenes may sit at the head of long, complex strings of cellular events, all of which are needed to cause cancer.

Likewise, genes aren’t the only level at which this string of events can be interrupted – between a gene and its expression as a (potentially dangerous) protein lies all the mechanics of transcription, including the involvement of chemicals that transport a gene’s information to the machinery that makes proteins (RNA), and chemicals that decide how often a gene should be manufactured into a protein (e.g. microRNA). Understanding of the mechanics of this complex cascade, in turn, can yield new therapeutic targets.

In this study, Jedlicka and colleagues used another form of RNA called shRNA to mute the expression of the tumor-promoting gene KDM3A. But Jedlicka points out that, in general, while shRNA is an extremely useful tool in the laboratory, its use as a therapeutic agent is thus far limited.

“We can design shRNA to silence nearly any chosen gene, but then in cell studies we use a virus to carry this shRNA inside cells. There are a number of challenges to this approach in humans,” Jedlicka says.

However, since KDM3A has an enzymatic activity – it modifies the cell’s genetic material to affect how other genes are expressed – it could potentially be targeted with small-molecule inhibitors, similar in structure to many drugs currently in use. Such inhibitors could theoretically be taken in pill form and would be able to cross into cancer cells where they could inhibit tumor growth. Importantly, genetic studies in model organisms suggest that KDM3A is not needed in most normal cells, so it’s possible that its targeting could be well tolerated as a therapy.

“In fact, early data from other cancers suggest that KDM3A may be a more common tumor promoter. What we learn from Ewing’s Sarcoma may have application in many cancers. It’s very exciting,” Jedlicka says.