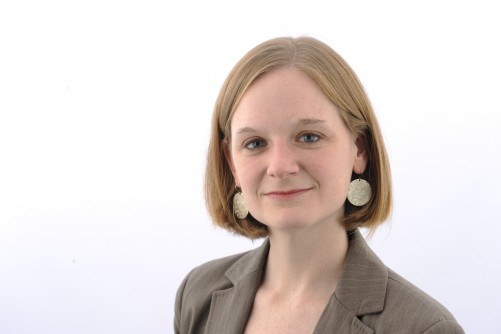 Newswise — WELLESLEY, Mass.--When people feel or act negatively toward a group, they may explain their feelings or behavior by saying, “I felt threatened.” However, new research reveals how easily people can be conditioned to feel prejudice -- and that unrecognized prejudice can be the source of a perceived threat. The study by Angela Bahns, a social psychologist and professor at Wellesley College, is newly published in the journal, Group Processes and Intergroup Relations.

To examine whether prejudice causes threat perception, Professor Bahns conducted a series of experiments that conditioned participants (325 in total, of mixed backgrounds and ages) to feel negatively or positively toward unfamiliar social groups. As a cover story, the participants were told that the study was about attention and vigilance and were instructed to push the spacebar whenever a designated country appeared on the screen.

“Across three experiments I created new prejudices--negative affective associations with unfamiliar social groups--and found that perceived threat emerged as a result,” said Professor Bahns. “Despite the procedural differences, there was a consistent pattern of results: When the country was associated with negative affect (and no threat-related information was available to contest the threat perception) its inhabitants were perceived to be more threatening.”

Bahns’ research suggests that unrecognized prejudice can trigger the feeling of being threatened immediately upon seeing a member of a disliked group and also after the fact -- as a way to justify negative emotions and behavior. “It’s a balancing system used to maintain a positive view of ourselves and not see ourselves as biased. Threat perception serves as a justification for why we might not like someone. When it’s working in this way, we don’t even see it as prejudice.”

Bahns hopes that these findings will lead to greater awareness of how threat perception can be used as a way to explain the experience of prejudice, rather than forming the source of the prejudice itself. “Most people recognize that prejudice is wrong and want to avoid it. But in order to reduce prejudice we have to first admit it’s there.”

Does becoming aware of one's prejudices lead to a change in behavior? Bahns says that while more research is needed, it’s possible: “If unrecognized prejudice makes a group seem threatening, people may behave more aggressively as a response. However, if people become aware of their prejudice and realize that the threat is not real, we can expect a change in behavior too -- meaning in this instance, less aggression.”

About Wellesley CollegeSince 1875, Wellesley College has been a leader in providing an excellent liberal arts education for women who will make a difference in the world. Its 500-acre campus near Boston is home to 2,400 undergraduate students from all 50 states and 75 countries.