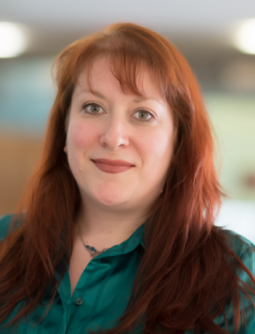 Newswise — CHAPEL HILL -- University of North Carolina Lineberger Comprehensive Cancer Center researchers found the number of online vendors of electronic cigarettes, or e-cigarettes, increased more than threefold between 2013 and 2014. The researchers called this growth worrisome due to findings of low prices, a range of appealing flavors and ineffective age restrictions that could make these products accessible to youth.

The researchers report in the journal Tobacco Control that they identified 3,096 online e-cigarette vendors in 2014, which was up from 980 online vendors in 2013. Based on a content analysis of the 283 most popular sites, they found that vendors made a wide-range of social and health claims, including more than half citing health advantages. These findings build on a study they published earlier this year that identified issues in the age verification, shipping, and delivery methods used by online e-cigarette sellers.

UNC Lineberger’s Rebecca Williams, MHS, PhD, principal investigator for the Internet Tobacco Vendors Study and the paper’s lead author, said the issues they’ve identified mirrored many of the problems they found associated with internet cigarette sales before they were regulated.

“This study shows that e-cigarettes have been widely available online to minors and adults alike, at extremely cheap prices, with a wide variety of youth-appealing flavors, and making many unsubstantiated health claims to draw in customers,” said Williams.

“E-cigarettes are available online for extremely cheap prices, well within the reach of youth buyers – as cheaply as a dollar,” Williams said.

An analysis of marketing claims revealed that a majority of vendors, at 52.3 percent in 2014, made claims that there were health advantages of e-cigarettes compared to cigarettes.

“We don’t know the full, long-term health profile of e-cigarettes, especially because there’s so much variability in the devices available,” Williams said.

“Nearly half of the Internet e-cigarette vendors made health claims, sometimes featuring official claims that they are not smoking cessation devices alongside conflicting ‘customer testimonial’ claims that read like carefully written marketing copy espousing how e-cigarettes help many people quit,” Williams said.

The study built on the findings of another analysis published in May in Tobacco Control that focused on the age verification, payment, and delivery methods of online e-cigarette vendors. Williams and her colleagues found that the overwhelming majority of existing Internet e-cigarette vendors used age verification methods, if they used any, that cannot effectively block youth access.

They also found that nearly all vendors accepted credit cards, and that there were a variety of other payment methods available. And while federal policies ban use of credit cards for purchasing cigarettes and ban major shipping companies from shipping cigarettes, Williams said there is no similar regulation for e-cigarettes. About a third of the vendors in both years used age verification strategies in their study that researcher said could potentially verify age, primarily by requesting date of birth. But few used it with what they called a more “rigorous” age verification strategy, such as submitting driver license information that could be verified with government databases. Only 6.4 percent in 2013, and 8.1 percent in 2014 claimed to use age verification at delivery.

Last year, the U.S. Food and Drug Administration finalized a rule that extended its regulatory authority to all tobacco products, including e-cigarettes, but it had limited focus on rules affecting internet sales. Williams said developing baseline data about products, prices, promotions and claims made on internet e-cigarette vendor websites could help inform future FDA decisions regarding e-cigarette regulations.

Williams called for “rigorous age verification” for e-cigarettes online at both order and delivery, as well as restrictions on payments and delivery.

“Our analysis found that very few vendors used potentially effective age verification, leaving youth access to e-cigarettes online wide open,” Williams said. “We found that that in the online e-cigarette market, vendors do very little to prevent youth access, and have used payment and shipping methods that were banned for cigarettes.”