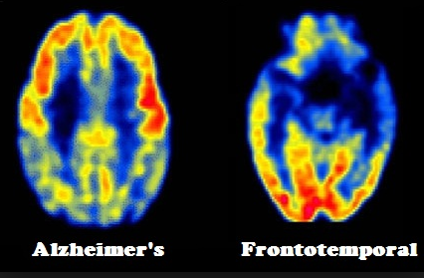 You may not have heard of it, but frontotemporal degeneration (FTD) accounts for 20 to 50 percent of dementia cases in people under the age of 65. FTD ravages an individual’s quality of life by dramatically altering their language, personality, behavior, cognition and motor function. But it doesn’t end there.

Newswise — You may not have heard of it, but frontotemporal degeneration (FTD) accounts for 20 to 50 percent of dementia cases in people under the age of 65. FTD ravages an individual’s quality of life by dramatically altering their language, personality, behavior, cognition and motor function. But it doesn’t end there.

Research led by Florida Atlantic University, in collaboration with the Association for Frontotemporal Degeneration and Emory University, is the first to capture the economic burden of FTD in the United States and the results are staggering. The study, published in Neurology®, the medical journal of the American Academy of Neurology, reveals that costs associated with FTD are twice that of Alzheimer’s disease (AD). The researchers also found that costs for FTD were greater in the U.S. than in studies originating in other countries and the implications for patients and their caregivers are dire.

“Frontotemporal degeneration is associated with substantial direct and indirect costs, diminished quality of life, and increased caregiver burden,” said James E. Galvin, M.D., M.P.H., lead author, associate dean for clinical research in FAU’s Charles E. Schmidt College of Medicine, and a leading international expert on AD, Lewy Body Dementia (LBD), and FTD. “Most patients with this disease are working age and have to leave the labor force during their peak earning years. Caregivers of these patients also may need to alter their careers to provide care. Combined, these factors contribute to substantial decrease in household income.”

Patients with FTD and their caregivers are typically in their prime earning years, they have dependent children and they have difficulty accessing services developed for older adults primarily with dementia. Although symptoms from this neurodegenerative disease differ, it causes progressive loss of function and independence over the course of two to 20 years.

For the study and to quantify the socioeconomic burden of this disease, the researchers conducted a web-based survey (674 out of 956 individuals completed the survey) to characterize the patient and caregiver experience with FTD-related resource use, health-related quality of life, and per-patient annual costs. The patients were divided into four groups based on the caregiver’s assessment: mild, moderate, severe, or terminal. The majority of caregiver respondents were female spouses, while the majority of patients were men.

At the time of the survey, 45 percent of caregivers still worked, while 37 percent were no longer employed after the patient’s FTD diagnosis. Seventy-four percent of the caregivers worked full-time and only 3.3 percent of the patients were still working. Caregivers reported lost days of work due to patient health issues (25.6 percent) or caregiver health issues (21.6 percent). Caregivers who were still working full-time reported a median loss of seven days over the previous four weeks due to FTD-related matters.

In addition, the researchers found that 67 percent of the caregivers reported a notable decline in their own health and that 53 percent reported increased personal health care costs. On average, caregivers had seven clinician visits and slightly less than one inpatient admission per year. On average, patients had six overnight respite stays, 16 daytime respite stays, 35 clinician visits, and two hospital or emergency room visits. About 32 percent of respondents needed to hire a paid caregiver several times per week.

“We hope that our study will provide a better understanding of the substantial socioeconomic burden of frontotemporal degeneration and deliver the needed evidence to help inform health care policy, drive research agendas, and enhance targeted allocation of resources that will lead to timely and accurate diagnosis as well as effective treatments where none exist today,” said Galvin.

This research is supported by grant from the Association for Frontotemporal Degeneration.