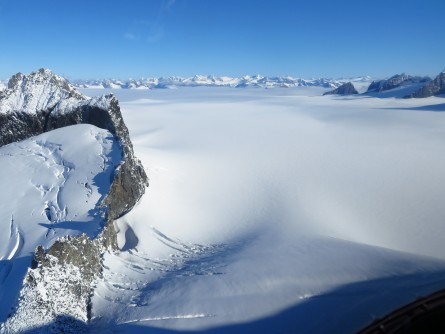 The Juneau Icefield forms a snow-covered expanse in the Coast Mountains north of Juneau. 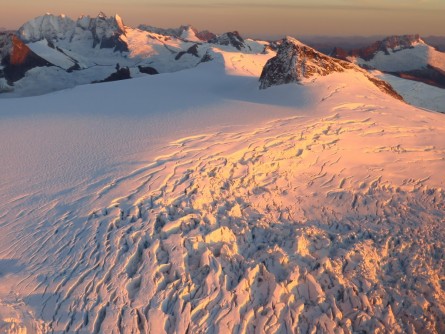 The Mendenhall Towers, upper left, are prominent peaks visible from the Mendenhall Glacier visitor area near Juneau. This photo was taken from a point northeast of the peaks.

The massive icefield that feeds Alaska’s Mendenhall Glacier may be gone by 2200 if warming trend predictions hold true, according to University of Alaska Fairbanks researchers.

The estimate is the product of the first detailed look at the future of the Juneau Icefield, source of the Mendenhall and about 140 other glaciers, said Regine Hock, a glaciologist at UAF’s Geophysical Institute.

The terminus of Mendenhall Glacier, 10 miles northwest of downtown Juneau, is visible from a U.S. Forest Service center visited by 450,000 people in 2015. If warming continues, the terminus will retreat up the valley and withdraw from view around a corner.

“By the end of this century, people will most likely not be able to see the Mendenhall Glacier anymore from the visitor’s center,” Hock said.

Hock is one of the authors on a paper published in the Journal of Glaciology that outlines their findings. UAF postdoctoral fellow Florian Ziemen, UAF glaciologist Andy Aschwanden, Hock and five others used past and present observations and mathematical models to predict how North America’s fifth-largest icefield would react under different climate scenarios.

The team predicted that more than 60 percent of the ice will be lost by 2099 if warming trends continue, Hock said. The entire icefield could be gone by 2200.

However, if temperatures remain the same as they are today, the Juneau Icefield will retreat only slightly and then stabilize. The researchers found interesting the model results that also show that the icefield would regrow to almost its current shape if the area were ice-free right now. That’s because the high-altitude cold weather of the mountains would cause snowfall to start the glacier-forming process again, Hock said. This is very different from other glaciers and icefields in Alaska that are at lower altitudes. 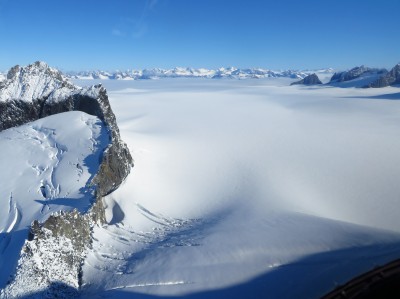 Caption: The Juneau Icefield forms a snow-covered expanse in the Coast Mountains north of Juneau. 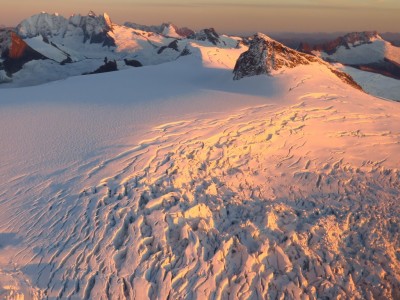 Caption: The Mendenhall Towers, upper left, are prominent peaks visible from the Mendenhall Glacier visitor area near Juneau. This photo was taken from a point northeast of the peaks.